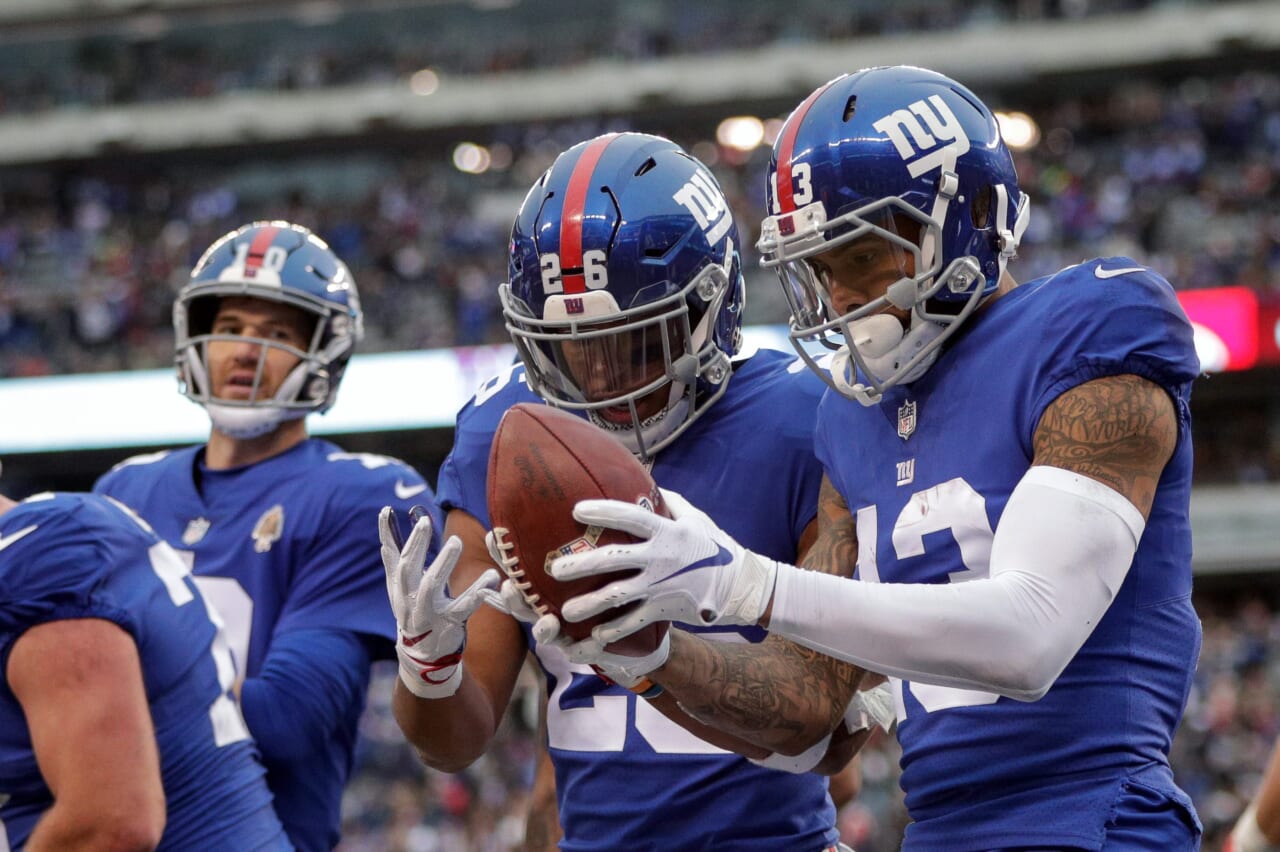 The offense is just as big of a question mark for the New York Giants this year as the revised secondary. With no Odell Beckham Jr. and the addition of new offensive line players and receiver Golden Tate, things are going to be different this year. The big question is whether they’ll be different for the better, or for worse. One of the biggest parts in the Giants performing well will of course be running back Saquon Barkley, who spoke after Tuesday’s OTAs about the current state of the offense.

“Last year, we played at a high level, definitely in that second half. Now, no one is new to it. Aside from the rookies, for myself, Eli, Shep and Evan, all those guys, no one is new to it. We had a whole year of it last year and now we get a jumpstart. I feel like I am seeing the field a lot better and understanding the offense. I think we have a lot of talent and we showed flashes of it last year,” Barkley said about the offense. “When the opportunity comes, we are going to be ready.”

Sterling Shepard will have his largest role yet after a four touchdown season last year where he broke his career record in yards. Shepard still hasn’t broken 1,000 yards however and that will be a goal as he takes over the number one role vacated by Odell Beckham Jr. Evan Engram, who was also mentioned by Barkley, had half as many touchdowns as he did in his rookie year and will be looking to bounce back after struggling with injuries and low usage for many parts of last season.

“I donâ€™t think any number is too high for me personally. At the end of the day, I know I sound like a broken record, but you will hear this for as long as I am in the NFL, as long as I take care of my body, my body will take care of me,” Barkley also said about his potential workload this year, despite Pat Shurmur claiming earlier that the team wants to spread the ball around more.

“I will continue to have my team around me. Obviously, have a great strength staff here and a great training staff here. Have to be a pro outside the facility. Whether it is 350 touches, 400 touches or less touches next year. Whatever I have to do to have this team compete for a championship, I am going to do.”

Barkley was already the second leading rusher in the league last season so it will be hard for him to top his performances from last year. However, if Barkley doesn’t top his numbers, it clearly won’t be for lack of effort. 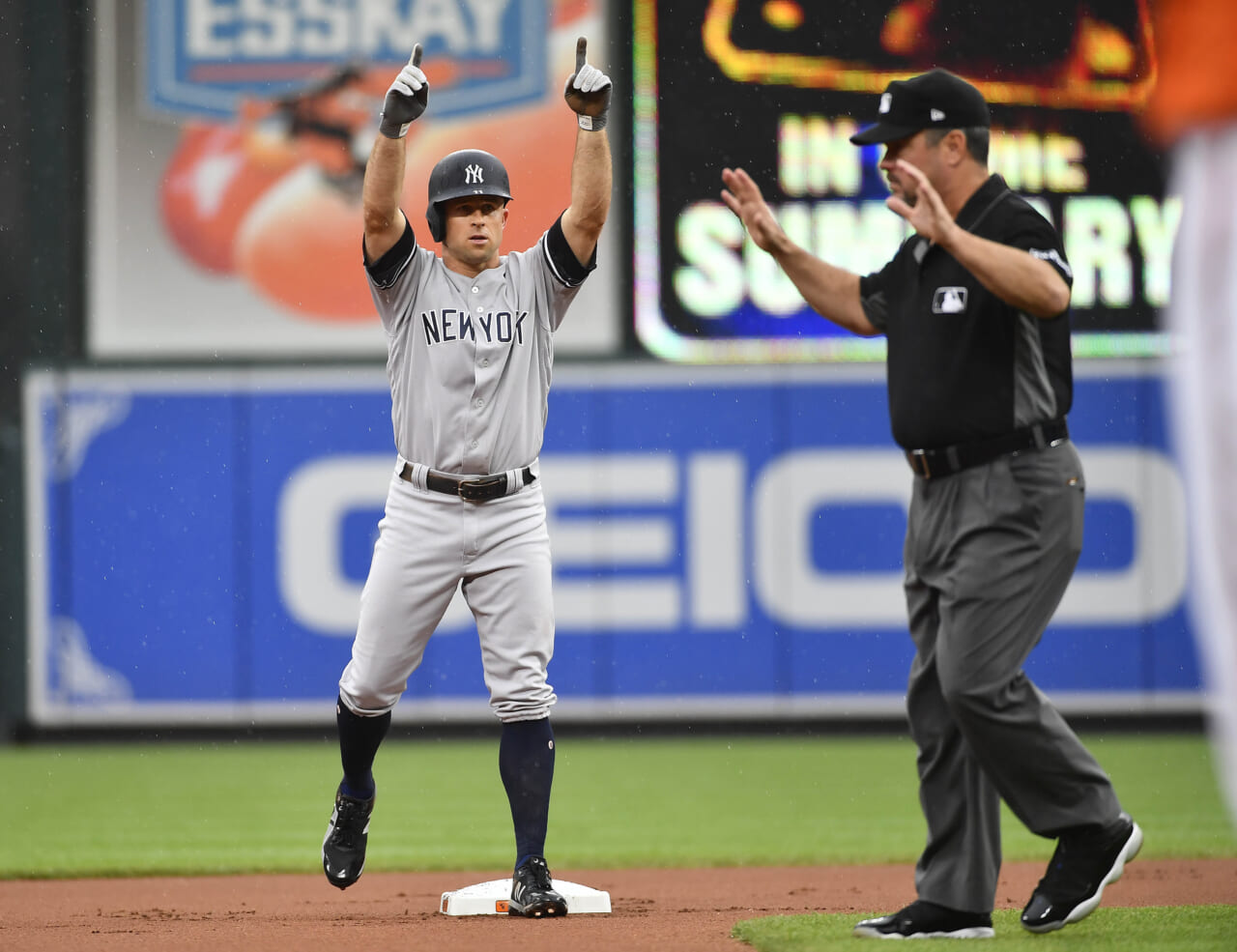 After a terrible start to the season, it seems that New York Yankees outfielder Brett Gardner is figuring things out. After his average was around .200 for the first five or six weeks of the season, Gardner has raised his average to .240 after a stretch of good games.

Over his previous seven games, Gardner has been batting .435. Despite just one home run and two RBIs in that span (coming from Monday alone), he keeps getting on base.

Gardner just keeps doing his thing, mashing singles to all parts of the field. He is also arguably the most disciplined hitter in the MLB, working long at-bats, fouling off pitches, and rarely chasing.

Though he is 35, it still doesn’t stop him from laying a bunt down, beating out an infield hit, or stealing a bag.

Gardner continues to play solid defense in left field and center field. The only thing that holds him back is his weak throwing arm.

Once Giancarlo Stanton comes back for the Yankees, the team will face tough decisions on who stays and who goes. There are really only two options.

Option 2: Keep Frazier up, get rid of Maybin

No matter who they keep, Maybin or Frazier, Gardner will have to compete with them for playing time.

Maybin has a very similar playing style as Gardner, he may just be a bit faster.

Frazier is probably the best hitter of the three, but has average speed and his defense is a liability. In close games, he is often pulled for defense.

So, if Gardner keeps playing well, it may help him see more playing time in the near future and even hold on to a starting spot until Aaron Judge is healthy. 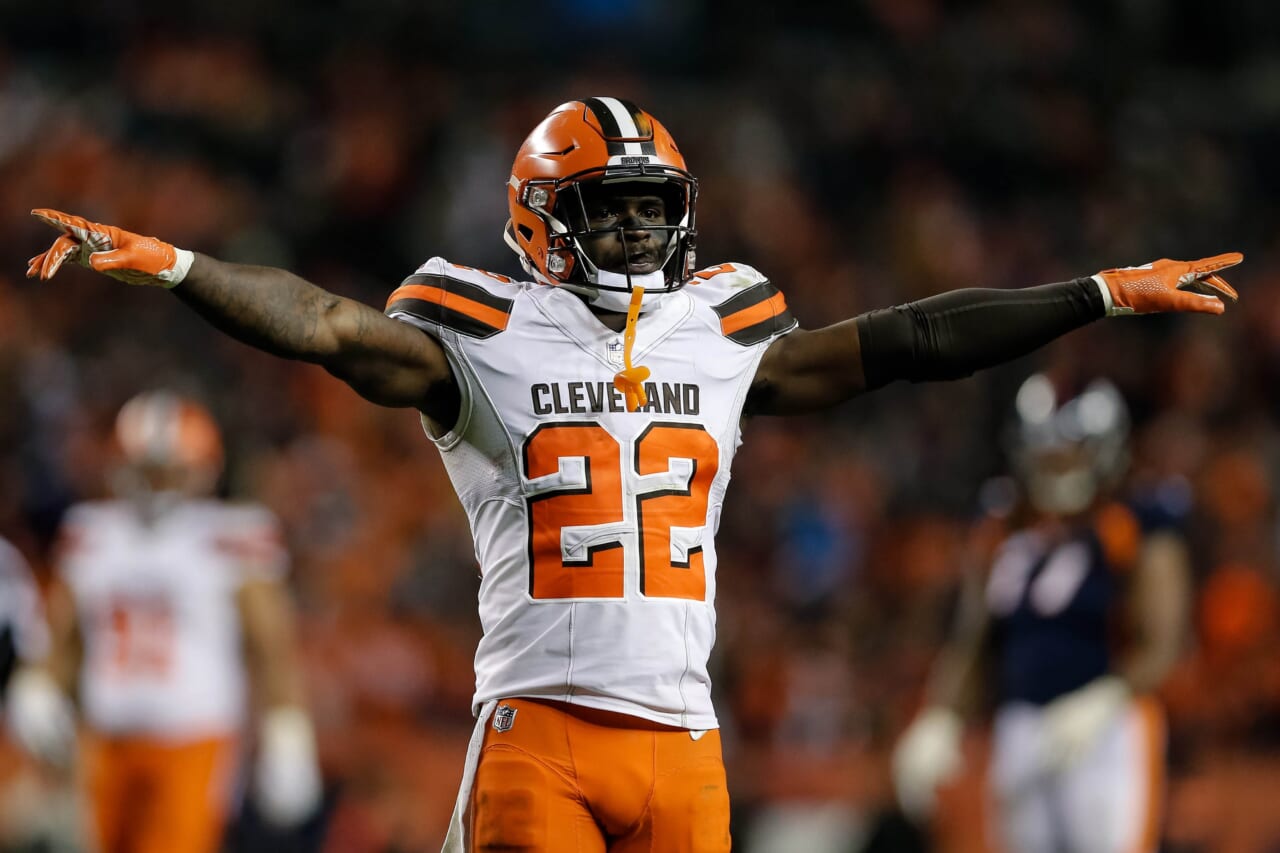 The New York Giants made various impactful offseason moves to help bolster the team in terms of talent and cap space. The cap-space factor won’t kick in until the 2020 season, but several players were added to help elevate the quality of play for the foreseeable future.

Trading away Olivier Vernon and Odell Beckham Jr. played a big part in the turnover of the team and the securing of several new players. We will grade and evaluate all new players with the exemption of draft picks.

The Giants brought in Golden to help supplement the loss of Vernon at the outside linebacker position. Three years ago, Golden recorded 12.5 sacks under defensive coordinator James Bettcher, so the hopes are that he can replicate that same production in 2019.

Coming off a significant knee injury, it’s fair we limit our expectations for the former Cardinal defender, but there’s plenty of value to be had.

The Giants locked up the top receiver in the NFL in the yards-after-catch category this offseason. Tate is a stellar pass-catcher with trustworthy hands, however, his contract is certainly bloated. He was brought in to fill Odell Beckham Jr.’s role, while at a much lower level.

Tate will be a good player on the field and in the locker room, which elevates his value. At 30-years-old, the Giants are investing a lot in a player that will end his career in Blue at 34.

The Giants secured Peppers in the Beckham trade with the Cleveland Browns, bringing in a defender that has immense potential. Peppers will cost a fraction of what Landon Collins was asking for in free agency, and he has the skill-set to be even more impactful.

Peppers is a New Jersey native so he will be returning to his home town. What I like most about Peppers are his diverse abilities that range from coverage to stopping the run. He has a similar frame to Collins but is much faster and has better hands. He’s not the type of defender that will fill be a force in the run game, but he can do everything at an average to an above-average level. I imagine Bettcher will utilize him in various different ways in 2019.

Based on his potential, this was a great acquisition for the Giants. 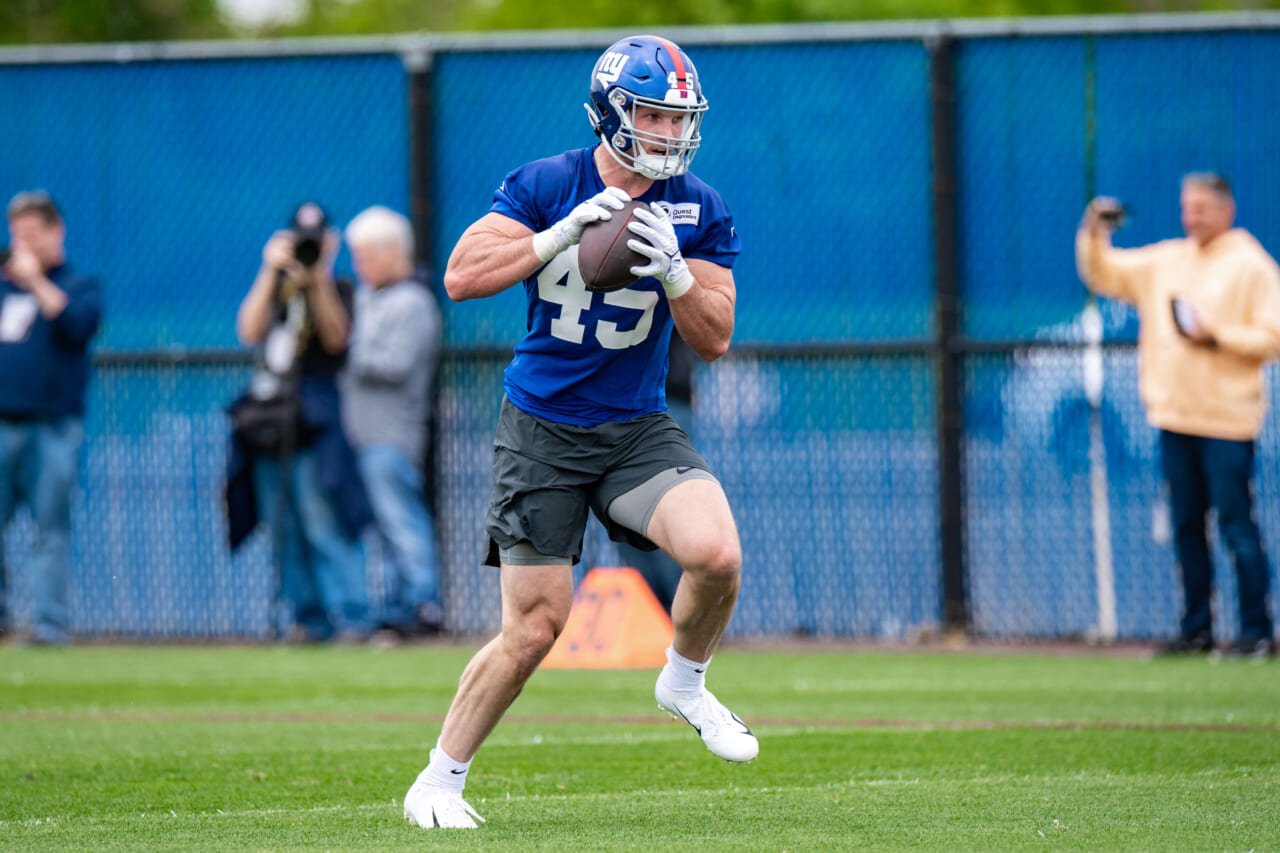 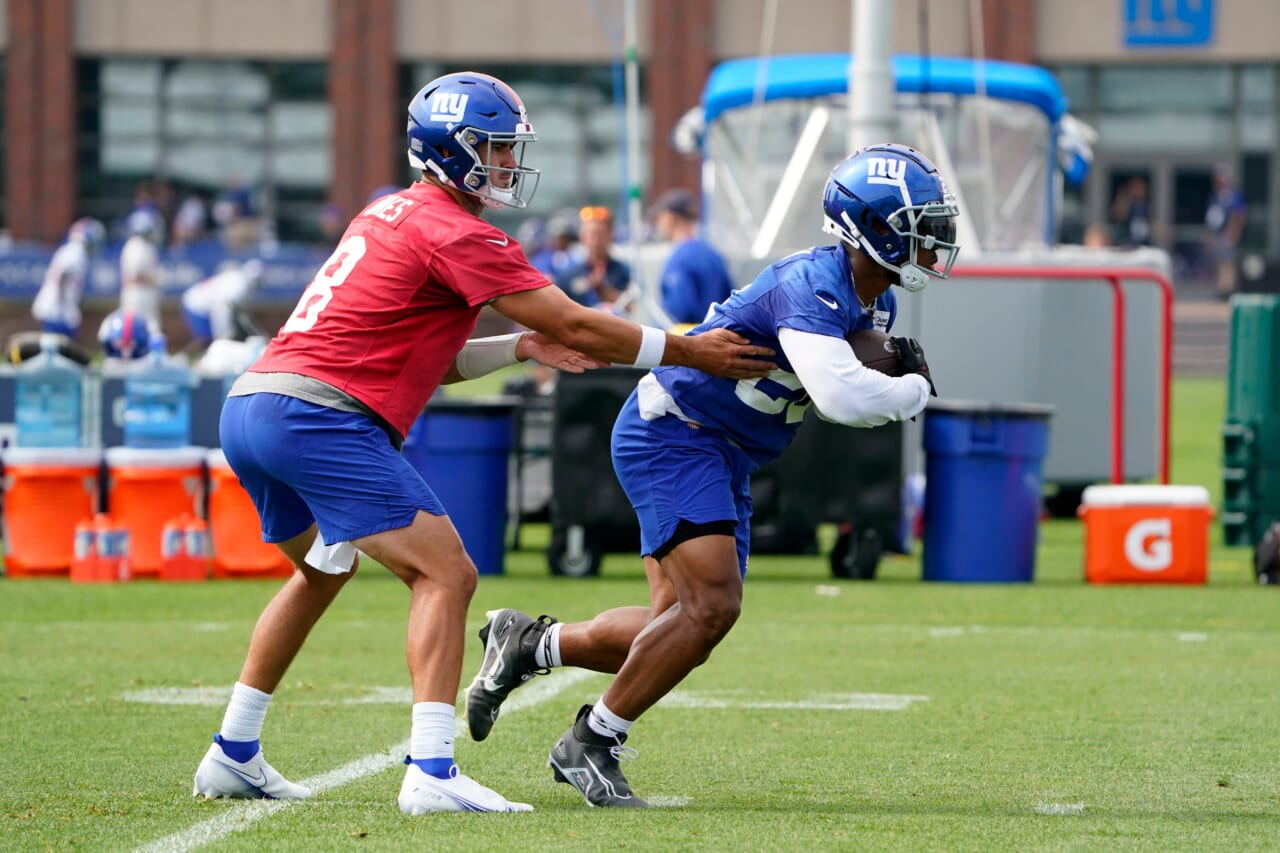 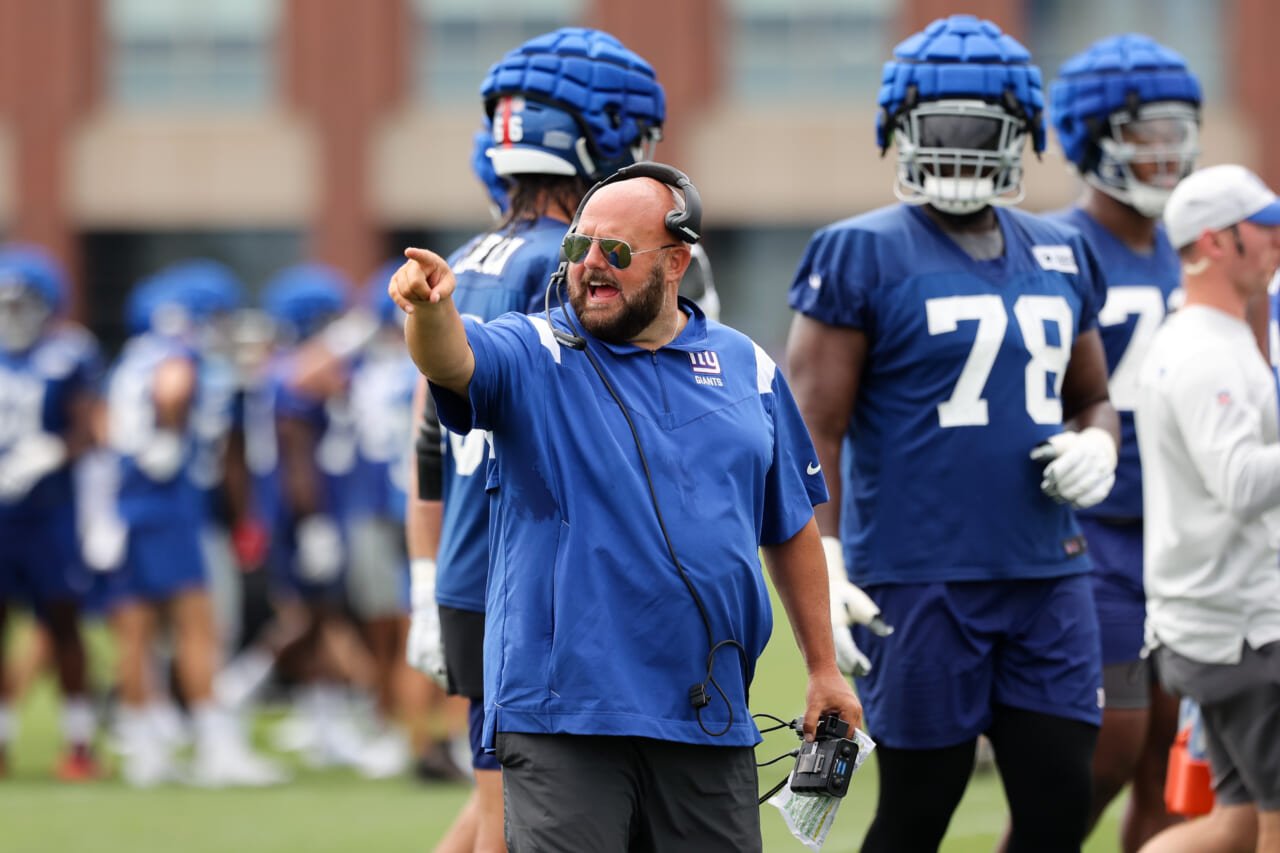 The Giants brought in right guard Kevin Zeitler to fill a role on the offensive line that was inhabited by Jamon Brown mid-way through the 2018 season. Brown was a major addition that saw the Giants take a massive jump offensively, especially in the run game. Let’s keep in mind, Brown was ranked as the #62 guard in the NFL last season.

Bringing in Zeitler will improve the offensive front tremendously. He ranked as the #6 guard in ’18. His influence will be impactful and will help Eli Manning operate at his best level. Saquon Barkley will also reap the benefits of his prowess in the trenches.

I believe this was, in fact, the best addition for the Giants.

The Giants needed to upgrade the right tackle spot this offseason and they did so by means of former Minnesota Viking, Mike Remmers.

Remmers is coming off back surgery but is expected to partake in training camp this offseason. Hopefully, the surgery will return him to his former glory as he attempts to fight off Chad Wheeler for the starting job. I believe he will earn the role, and it will benefit the Giants’ offensive line significantly.

We might finally see Manning protected enough for him to blink twice in the pocket. On a one-year deal, the Giants aren’t giving up much to test the waters with Remmers, especially if they plan on addressing the position with youth in 2020. Nonetheless, a solid signing here. 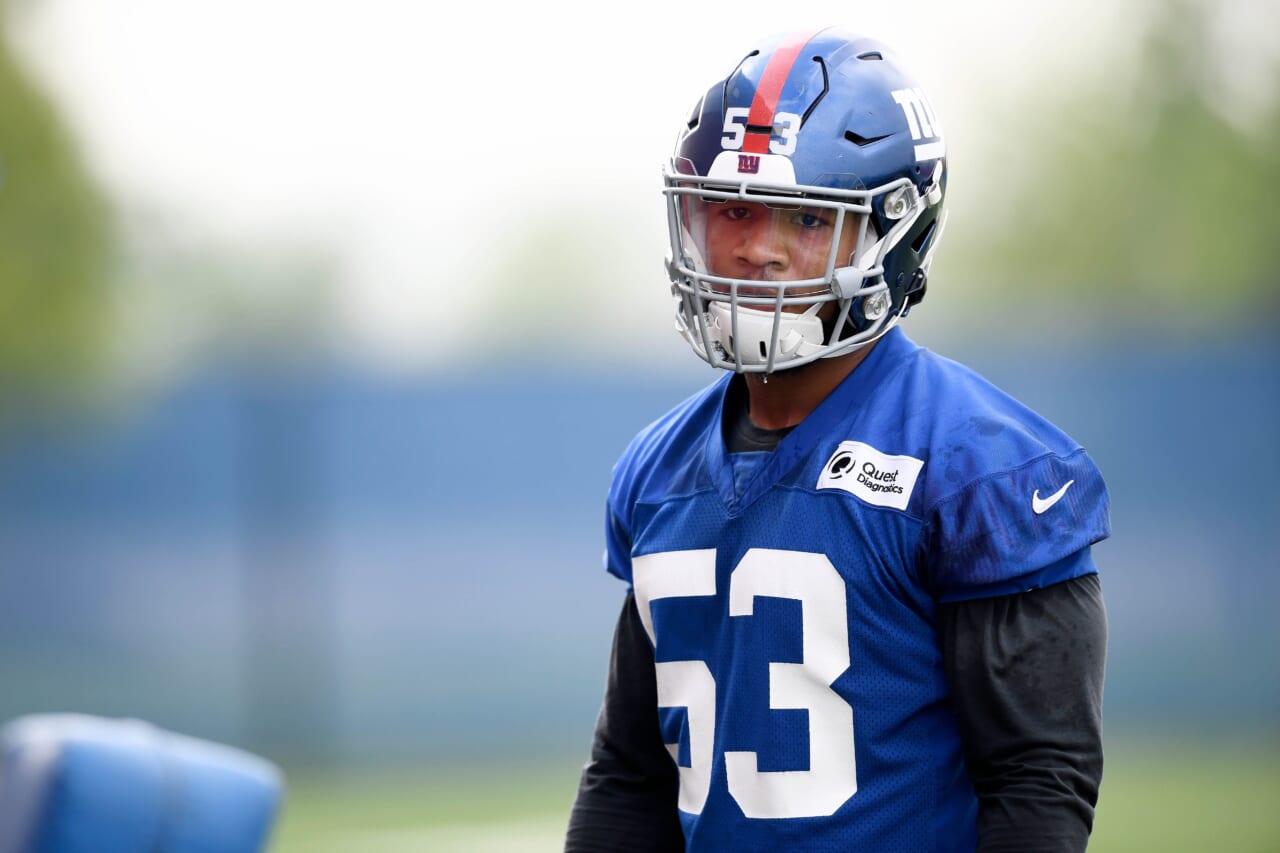 However, he did bring in Old Dominion pass-rusher Oshane Ximines, the first ever player to reach the NFL from the forgetful college. Hopes are high for the third-round pick, as Gettleman had a second-round grade on him and so did other managers around the league.

Ximines has an effective counter-punch and can use a variety of moves to beat his assignment. For a small-school product, Oshane has fantastic fundamental moves that can translate at the next level. I anticipate that it will take a year for Ximines to find his sea legs at the professional level, given the physicality and speed differential. The talent he will face will not resemble the talent he dominated in college by even the slimmest of margins.

Adapting will be his goal and should be the priority. I believe he will earn some live-game reps throughout the regular season, but don’t expect him to be a force in the trenches. He relies heavily on bend and speed on the edge – he’s a bit undersized but can make up for it with strength and technique.

There’s reason for excitement when it comes to Ximines, it will be fun watching him progress through the offseason program. 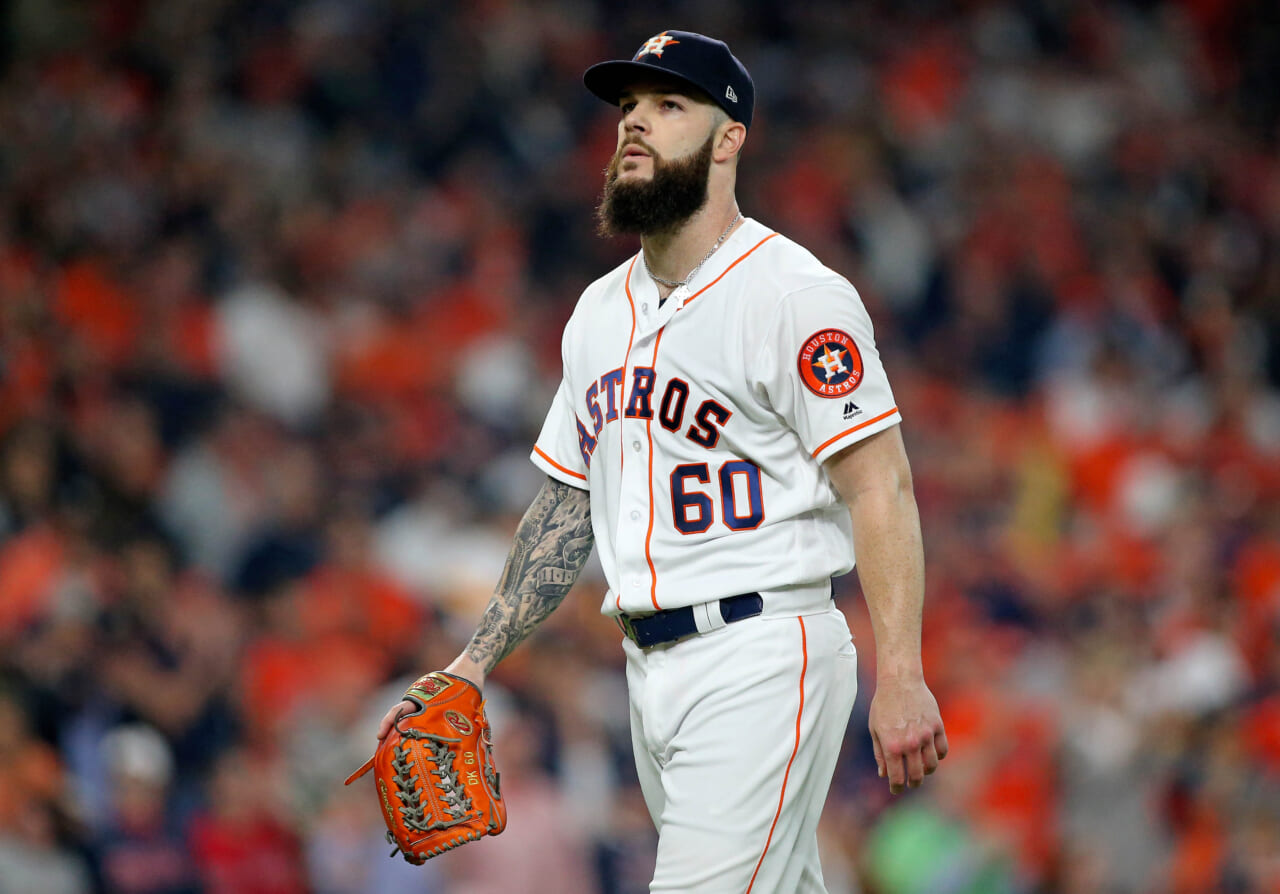 While most are wondering if the New York Yankees will need starting pitching help in the next few weeks, it’s important to recognize the success enjoyed by the team thus far. Sitting at 34-18 on the season, the Yanks have been breezing by with tons of injuries plaguing the team.

Losing Luis Severino before the starting of the regular season and now without James Paxton, CC Sabathia, and Jonathan Loaisiga, the rotation is in a bit of trouble. However, I don’t believe that supplementing the losses with former Astros pitcher Dallas Keuchel makes much sense.

The reality is, Keuchel wants a long-term contract in conjunction with a boat-load of cash. The Yankees don’t need to spend that time of money when the team is surviving and has one of the best records in baseball.

As long as they can survive until after the All-Star Break, the Bombers will be ‘okay’. Eventually, Severino will return and bring his talented arm with him, and Paxton is about half a week away from rejoining the starting rotation. The expectation is that he will feature on Wednesday against the San Diego Padres.

But reports have indicated that Paxton still isn’t entirely healthy, as he will wear a brace to mitigate the flaring of inflammation in his knee.

â€œHoping that heâ€™s in line now to join the rotation,â€ Boone said. â€œHeâ€™ll fly back to New York (Sunday) but weâ€™ll all get together to make sure heâ€™s ready to join us and make that call.â€

Sabathia recently joined the injured list with inflammation in his right knee and will be out for a few weeks. Losing quality starters certainly advocates for the signing of Keuchel, but as long as the Yanks are surviving and winning games, bringing him in on an unnecessary contract isn’t justified.

How can the New York Yankees counter poor pitching?

Alternatively, the offense can make up for the lack of pitching talent. With Didi Gregorius nearing a return, the Yanks will have plenty of firepower to increase their run support to help the pitchers.Â  Gaining back Aaron Judge and Giancarlo Stanton eventually will further bolster the lineup and make the signing of Keuchel redundant.