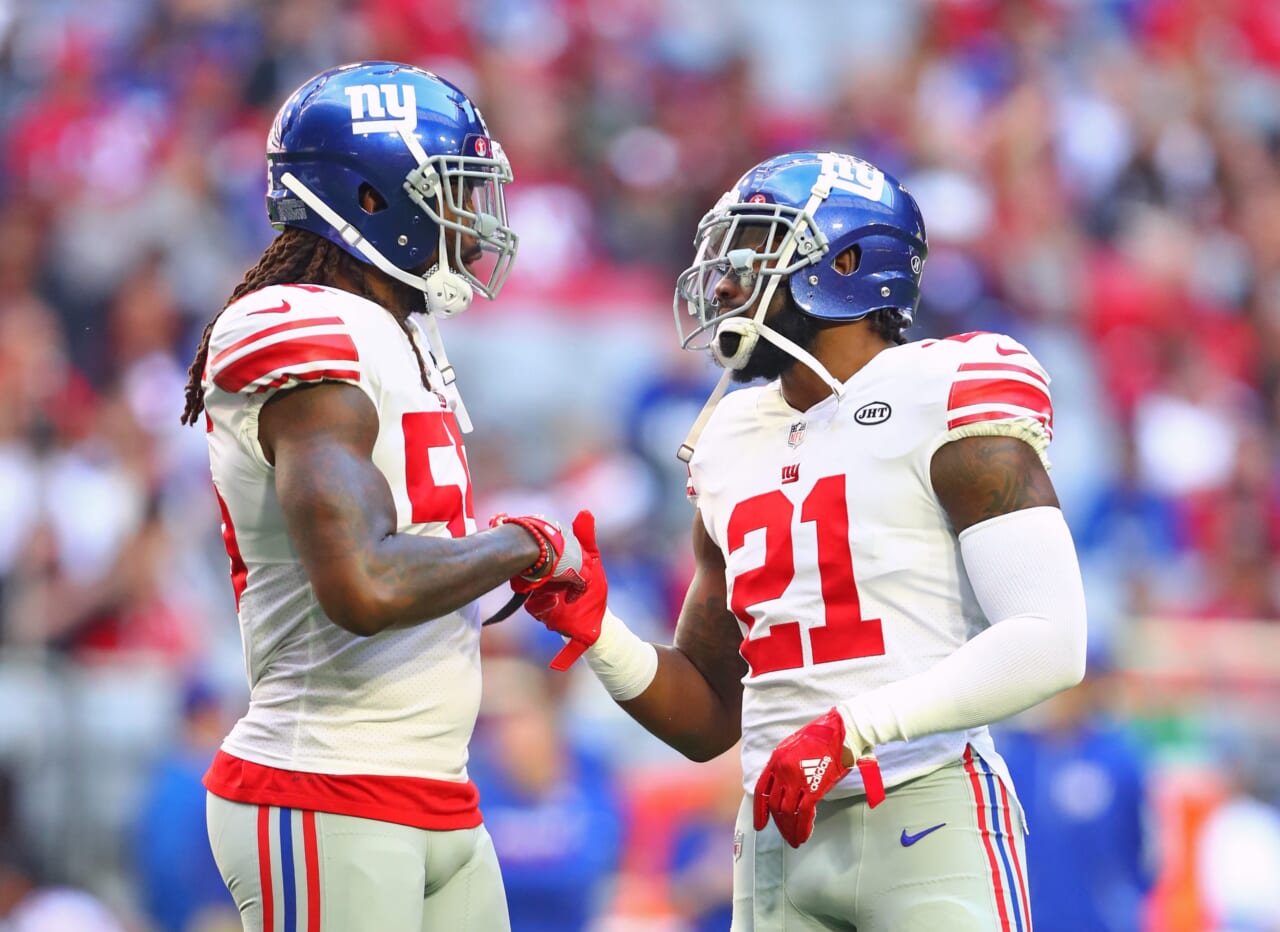 Landon Collins has been one of the leaders of the New York Giants since he was drafted, but for the last four games of the season, the defense will be without the star safety. Collins went down with an injury in the win against the Chicago Bears, and despite being able to come back into the game following this, Collins’ injury is worse than it initially seemed.

Now, we know that it will require shoulder surgery, according to ESPN’s Josina Anderson. It will also send Collins to the injured reserve list, ending his season and putting his future with the Giants in a strange position. As an unrestricted free agent in 2019, there was a chance the Giants would use the franchise tag on Collins to keep him in New York, but both that outcome and a new deal could be thrown into question by the four to six month recovery time from the shoulder surgery.

I'm told #Giants S Landon Collins (shoulder) is going to IR. He will need surgery. The procedure will likely be next week, per source.

Collins is widely regarded as a fan favorite and has 96 total tackles this year to go along with 5 tackles for a loss. As a major part of the defense since being drafted in 2015, the loss of Collins for the rest of this season could have an impact on both the next four games and the team’s fate going forward into 2019.

The general attitude, after all, is that Collins might not get a new deal coming off of an injury and a down season statistically, with no interceptions so far compared to 2 in 2017 and 5 in 2016, as well as down numbers since 2016 in the passes defended category.

What the Giants do with Collins will be one of the defining points of their offseason, that shows which direction the team is headed in. If the organization chooses to part ways, the 2019 season will almost certainly be labeled as a rebuilding year rather than one where the Giants will give one more shot at winning with the current core group of players. That’s not necessarily a bad thing, however.

The franchise tag would see the Giants pay $12M to Collins in 2019, and without a lot of cap room to work with and some pressing needs to address, such as the team’s offensive line, they might just not be willing to pay that or to pay an even higher price to reach a long-term deal. Whether dropping one of their best defensive backs going into next year is a good idea or not, only time can tell. 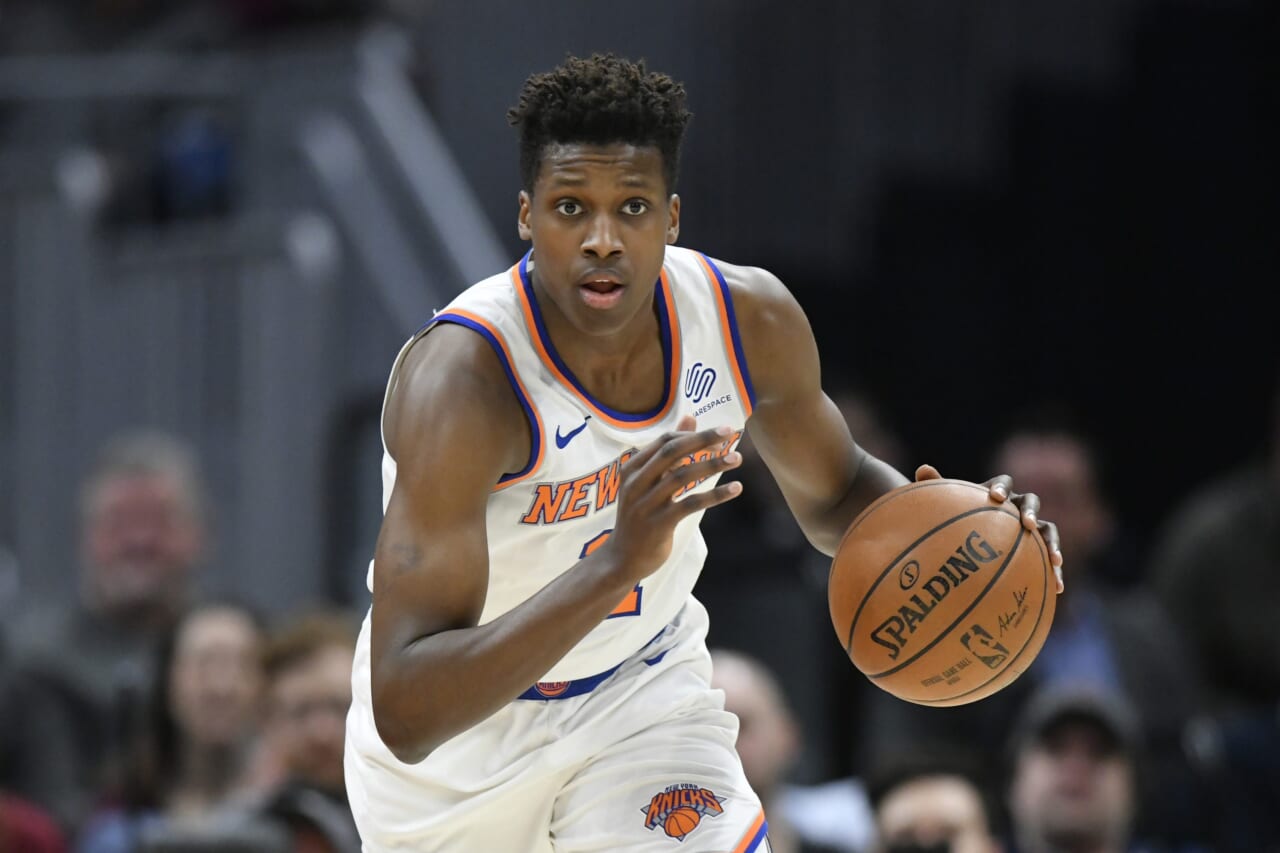 Knicks fans have not seen Frank Ntilikina, aka Frankie Smokes, in action the past two games. Â Frank has been glued to the bench due to Coach Fizdaleâ€™s decision to not play him. Â There have been rumors about the possibility of Frank getting traded, but theyâ€™re only rumors. Â With that being said, Frank needs to play tonight in Boston as Knicks fans are getting worried.

For the most part, on Knicks twitter, fans do not want to trade Ntilikina. Â Itâ€™s only his second year, but it is troubling when one of our most recent lottery picks is not getting substantial minutes on the floor. Â Frank put in work in the off-season after he received constructive criticism about becoming more aggressive on offense.

When drafted, Frank was looked at to be the point guard of the future. Â However, the emergence of Emmanuel Mudiay and Trey Burke has hurt Ntilikina from getting minutes. Â Despite being better than Frank offensively, Mudiay and Burke lack the defensive capabilities that Frank has. Â In certain situations, Frank needs to be on the floor as he can provide good, not lockdown yet, defense on a teamâ€™s premiere player.

The trade rumors have gotten a lot of fans worried that Frank could be moved shortly. Â However, for now, itâ€™s just rumors, thankfully. Â We all need to take pause and see what Fiz has up his sleeve for Frank. Â Personally, I believe that Fiz knows what heâ€™s doing and could do something similiar to what he did with Daymean Dotson and Burke. Â Taking their minutes away for a seat on the bench. Â Then, when they got another chance they thrived. Â Hopefully, Frank is on that similiar path. Â #freefrank 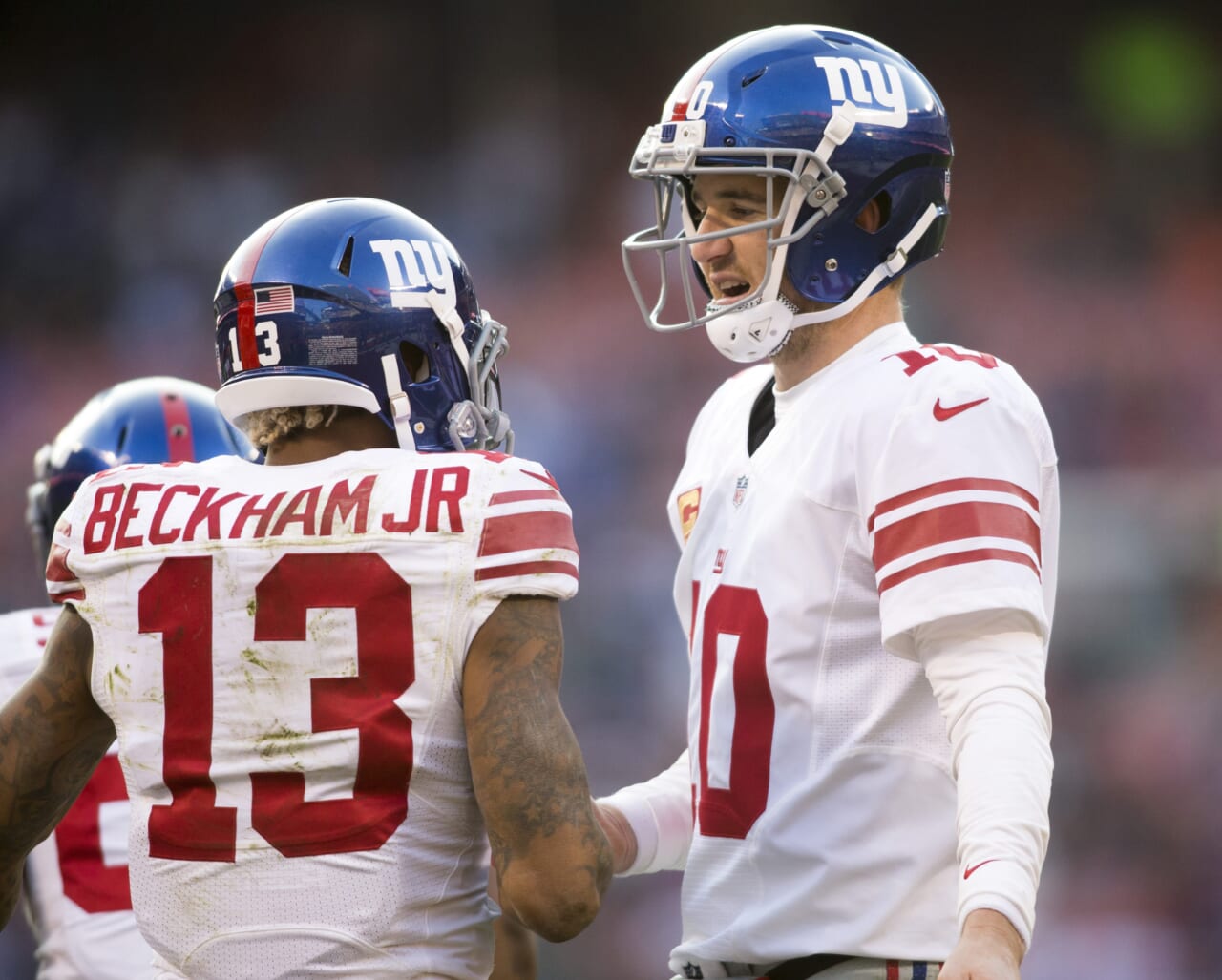 There’s no avoiding controversy in the New York media market, and for the New York Giants, it’s only about to get worse with the impending replacement of Eli Manning stepping forth. The mathematical elimination from the playoffs will put rookie quarterback Kyle Lauletta in the spot light.

The Richmond product has reportedly seen improvements recently, overtaking Alex Tanney as the primary backup for Manning. When asked about a quarterback change after the BYE week, head coach Pat Shurmur didn’t shy away from stating it was a possibility. In fact, he even backed up Tanney, making it known that overlooking him would be a mistake. One week later, the Giants demoted him to the third team.

But, my question is simple:

The recent surge from the Giants seems too little and too late, but somehow, Manning will find himself in blue once again in 2019. Do I think it will happen? Maybe. One thing I know for sure the veteran’s job security is on thin ice. A majority of the season has seen Manning play at a sub-par level, missing reads and making mental mistakes. Not to mention his vast underthrows on deep-balls. But, we have also seen the two-time Super Bowl winning passer have vintage moments and show signs of life.

Does that fact alone earn him a second chance? No, but the recent success of the team might play a part in his return. First off, it’s important that we break down his salary allocations as the Giants don’t have much room to work with in 2019, despite trading away several pricey players.

Manning’s cap hit next season is sky-high. He will be earning a bit less than Tom Brady and Russell Wilson, two of the league’s top quarterback. There’s reason to believe Manning isn’t even in the top 15 passers in the league, let alone the top five. The veteran has managed to have himself a solid season thus far, despite the obvious masking of his completion percentage (67.9%) due to an abnormal amount of dump-offs to Saquon Barkley. To be fair, the rookie phenomenon has earned Manning quite the yards-per-catch (7.5, the most since 2011), and sugar-coated other stats on his sheet.

Manning will likely see his overall yards land in the same area as 2017 (3,400). His interception percentage is the lowest it has ever been (1.8% of passes). If he can refrain from throwing two more interceptions for the remainder of the year it will be only the second time in career (his rookie season), that he has tossed single-digit interceptions. He currently has eight.

What would it take to keep Eli Manning in New York?

The scales aren’t in Manning’s favor for a return, unless he takes a massive pay cut that sees him in the $12-14 million range. He would likely be more of a mentor than anything else; waiting for his chance to play once again. I’m convinced he has too much pride to let that happen, which is why he will make his exit. Being that the front-office has made their interest in a new signal caller obvious, Manning must know this will likely be his final season as a Giant, and maybe even as a professional. 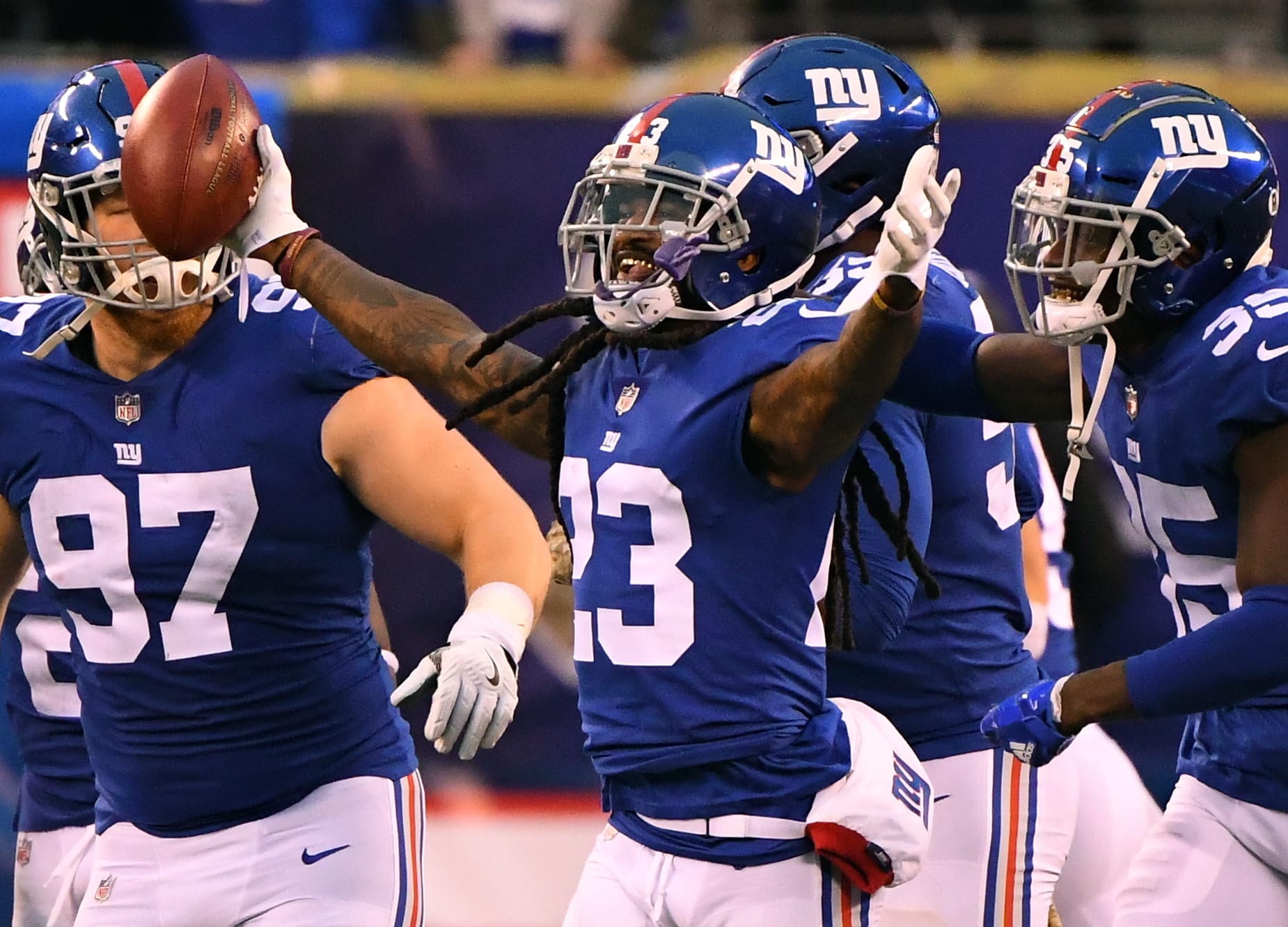 At the beginning of the season, New York Giants’ B.W. Webb was just the guy with the wild hair on the SNL player introductions. He quickly became a miniature meme on Giants Twitter for his outlandish appearance. But since then, B.W. Webb has proved himself to be a solid starter for the men in blue.

The New York Giants’ corner came up clutch against Chicago:

During Sundayâ€™s overtime victory against the Chicago Bears, B.W. Webb made a game changing play. Up by seven with just over two minutes remaining in the game, Chase Daniels made a quick throw to Taylor Gabriel with Webb in coverage. Gabriel secured the catch, turned to go up field, and was met instantly by Webb. Webb punched the football out and wrapped Gabriel up.

This forced fumble lead to the Giants scoring a field goal to increase the lead by ten and ultimately allow the Giants to compete in overtime. To add to this clutch fumble, Webb had a pass defended and tallied a team-high nine tackles. In addition to his clutch performance against the Bears, B.W. Webb also caught the game-sealing interception against the Buccaneers a couple weeks ago.

As of November 3, Webb was allowing 0.63 yards per slot coverage snap, which was the fourth best among cornerbacks with a minimum of 80 slot coverage snaps so far this season (according to PFF). So far this season, B.W. Webb has recorded a total of 46 combined tackles, two tackles for loss, two QB hits, one sack, one interception, and five passes defended. He hasnâ€™t been perfect by any means, but this is a solid season from a rarely talked about player on a bad defense, and he deserves more credit than he is given. Not only has he stepped up since Eli Apple was traded, it could be debated that he is outperforming the former Giant. Giants fans should find pride in B.W. Webbâ€™s competitive spirit and good under the radar play.