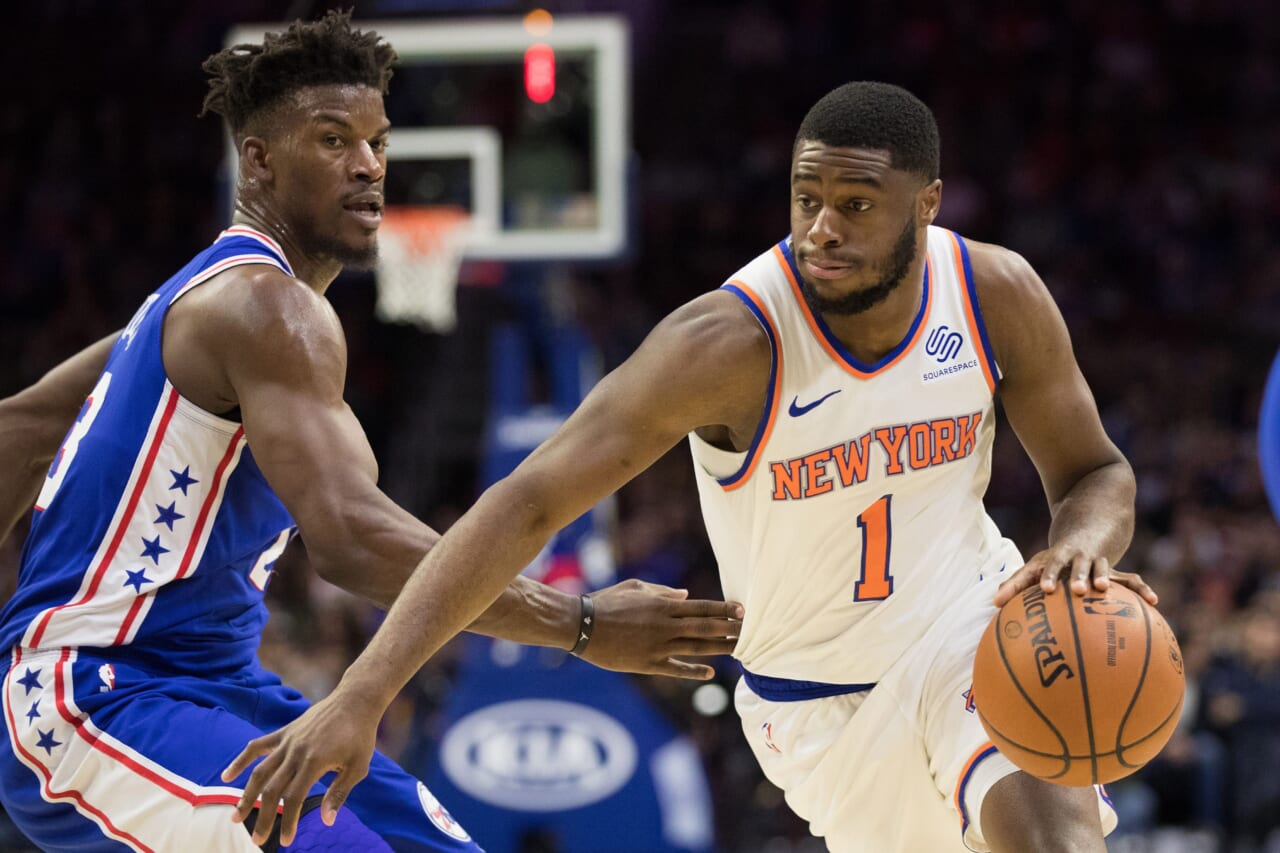 Coming off a bad loss in Detroit, the Knicks were hoping to bounce back on the road in Philadelphia, who is now 11-1 at home. The first six minutes were solid, Mario Hesonja was hitting some shots and the game was pretty much even, but then, it was all downhill from there.

Hezonja and Enes Kanter both let the team with 17 points, the latter with 6 board. While Hezonja took 15 shots, this may have been his best game since joining New York.

On the other side of the court, JJ Redick was scorching hot scoring 24 points on 10-14 shooting, going 4-6 from deep. Early MVP candidate, Joel Embiid was his dominant self piling up 26-14-7 stat line in just 30 minutes. The Knicks just simply did not have the answer.

What turned into a big blowout by halftime, there was some progress made. Damyean Dotson finally started to get some minutes again. Granted, the game was out of hand, however, he somehow had the only positive on the team being a +5. He scored 16 points on 6-11 shooting while playing so solid defense as usual. Kevin Knox showed some signs as well, scoring 9 and grabbing 7 boards.

What is the next step?

Knicks fans have different outlooks on how to develop this team. Some will say to build a culture of winning, some will say to play the players who deserve the minutes.

This is an extremely young and raw team. Its compiled of former lottery busts and talented rookies and second year players who are still learning the game. If the Knicks were a .500 team, on the cusp of a playoff birth, it would maybe behoove them to play the players who are performing best, however, at 7-15, in a rebuilding year, its time to give the real youngsters so serious run time.

Is this the proper way to develop young talent?

Depends on who you ask. This isn’t an NFL QB, where it takes time to learn and system, call audibles, read defenses etc. In the NBA, players need to play and they need to play to their strengths.

Frank Ntilikina is not a Small Forward or a Shooting Guard. What make him potentially special is his ability to lock down other Point Guards and not demand the ball on offense. From the SF position, you would like some scoring and play-making, same goes for SG. Playing along side Trey Burke and Allonzo Trier does not help him develop any real aspect of his game as evidenced by his recent donuts.

Mitchell Robinson is athletic, talented and young. He’ll block some shots but he’ll also foul a ton. This project will take time and for someone who did not play organized ball last year, he is doing just fine.

Kevin Knox showed some signs last night going 3-9. He needs to become more of a focal point in this offense. It can’t just be that when he is on the court with Trey Burke, Knox watches him play. Let him shoot through his struggle and learn to take good shots.

Next up, the Greek Freak come into town. They had a tough time with him last time they faced off. From one Eastern juggernaut to another. 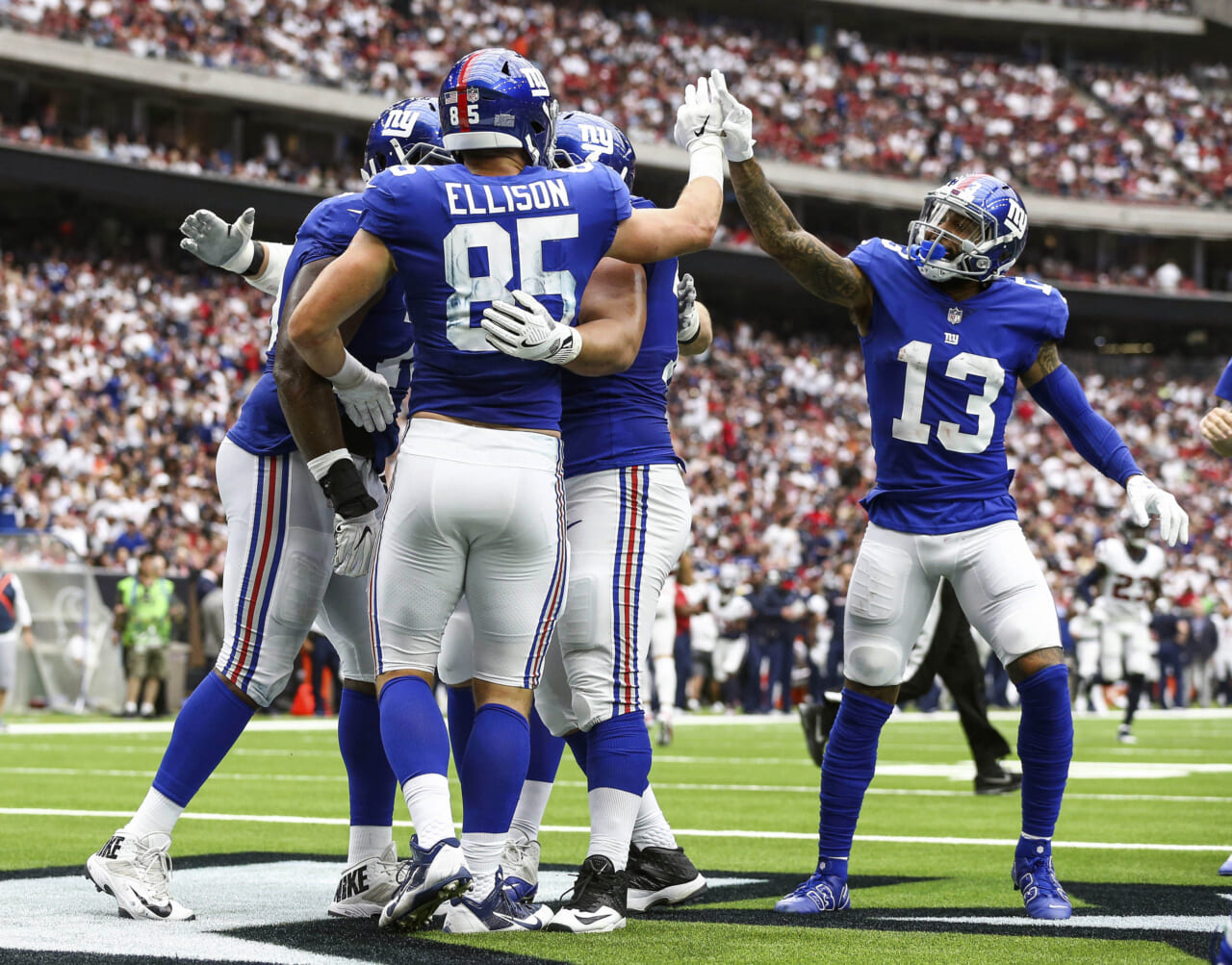 After reading the title of this precarious article you will probably assume it revolves around the New York Giants‘ struggles with containing opposing tight ends on defense. On the contrary, they have controversy and objections on both sides of the ball, but I want to focus on the offense and where the tight end position currently sits.

How have the New York Giants used their tight ends in 2018?

At the current stage of a 3-8 season, the Giants have tried to utilize former first-round pick Evan Engram in a majority of packages. The problem seems to be his catching ability, or lack there of. Engram was drafted to be a threat down the middle of the field, also referred to as the “seam.” Head coach Pat Shurmur just doesn’t seem to take advantage of the second-year tight end’s supposed skill-set. In fact, he’s on managed 257 yards through 12 weeks compared to a 722 yard rookie campaign.

It’s fair to mention that Engram was thrusted into the top receiving option for Eli Manning after Odell Beckham Jr.’s season-ending injury. His stats are a bit padded, especially with his ugly eight dropped passes. My argument, though, seems to take me away from Engram and towards Rhett Ellison.

I believe that Ellison is simply the better option at tight end and should be utilized more frequently. Why, you might ask? Because he can catch the ball just as efficiently, but he can also block well. When Ellison joined the Giants in 2017, his primary assignment was to be a blocker. We have seen him evolve into more than that, and it should earn him more playing time than the struggling Engram.

Ellison has 212 yards and one touchdown this season, just a tad less than Engram, but he offers far more in the running game. Last week, he amassed 77 yards on four catches. His impact on the game was significant and shouldn’t be overlooked.

Given the fact that Engram was drafted for his catching ability, it’s only fair to compare his catch-rate to Ellison’s. To some surprise, he falls far below that of the veteran, landing at 55.7% in 2017 and 69.7% in ’18. Ellison on the other hand caught 75% of balls in 2017 and 76% in ’18 (so far). Someone please explain to me why Jerry Reese felt it was necessary to draft a glorified wide receiver in the first round while having Beckham and Sterling Shepard on the roster…

Another argument you could make would be: Engram is far more productive in the deep passing game. You would be wrong; Ellison and Engram both average 11.2 yards per-reception. The most underwhelming part behind these statistics; Engram earns double the amount of receptions per-game (3.3) and Ellison has still managed to keep up with him in regard to overall receiving yards and yards-per-catch.

What do you think? Should the Giants continue to use Ellison in a more prominent role? He can block after all.