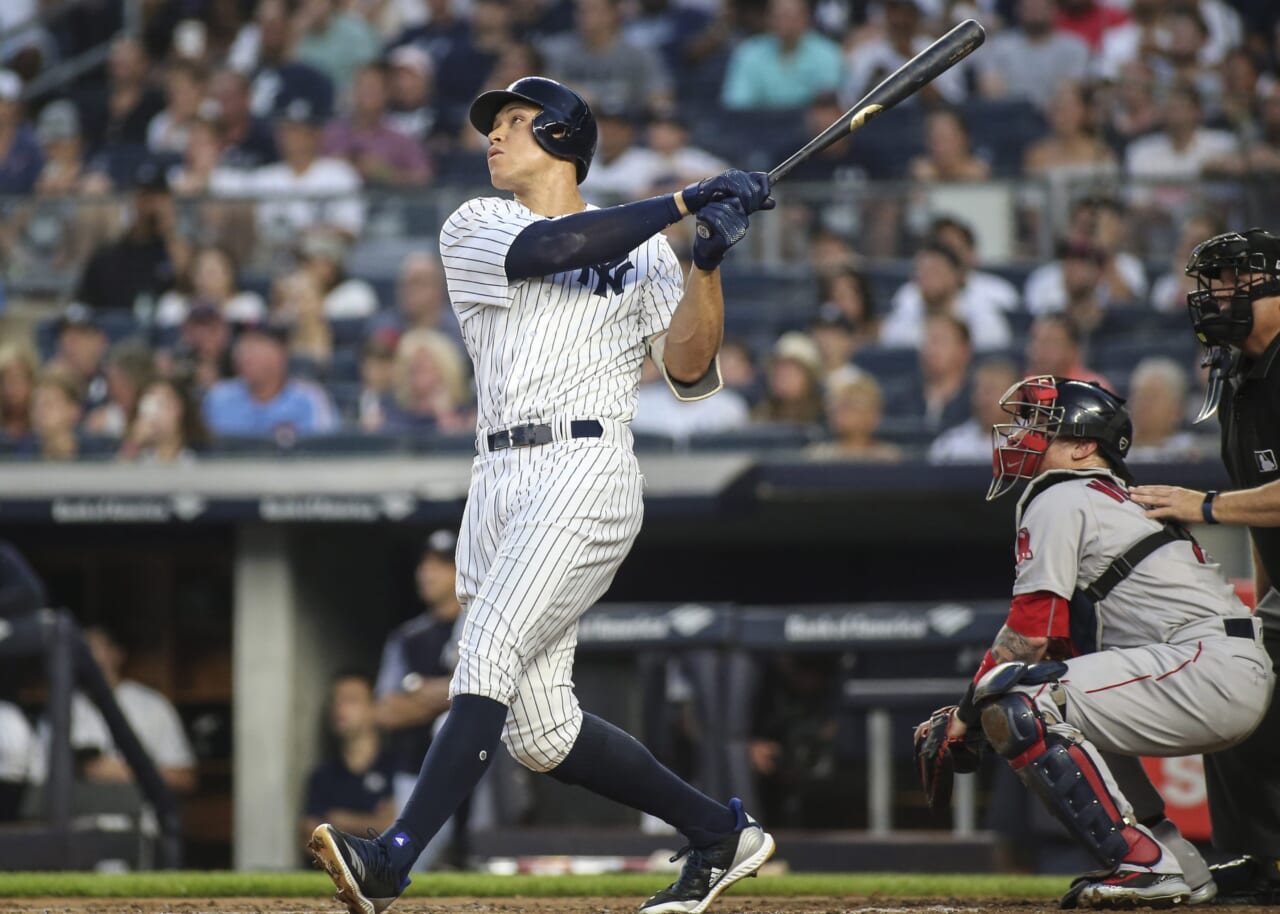 Before breaking down New York Yankees‘ outfielder Aaron Judge’s stats, we must take a look at his 2017 numbers and recognize the fact that he missed several weeks due to a wrist injury.

Judge finished ’17 with 155 games played, 678 plate appearances, 128 runs, 154 hits, 52 home runs, and 208 strikeouts. If you take a look at his strikeout margin, you can see that he records an out in that regard every 3.2 plate appearance. If we assume that most players record four attempts per game, that’s more than one strikeout per game.

The narrative is that Judge can continue to strikeout at a high rate if he continues to hit a massive amount of home runs. That idea changed a bit in 2018, as his HR total dropped while his strikeouts remained high. Last season, he struck out every 3.2 at bats, but only recorded 27 home runs. Of course this is without an additional 180 at bats due to his fractured wrist.

His RBI’s were cut in half from 2017-2018 (114-67). The only uptick in his batting was his ability to record doubles. With 180 less at bats last season, he recorded 22 doubles when in ’17 he amassed 24. This would suggest that his launch angle was lowered, which may have affected his ability to hit home-runs, rather keeping the ball inside of the park.

Just how much did Judge influence the Yankees in 2018?

Now, you might look at the stats in notice that Judge fell off a bit in several sub-categories, but it’s essential to recognize his impact on the team.

Despite the fact that Judge missed one third of the season, the Yankees felt the loss when it came to their run totals per game. When the big bat was in the lineup, the Yankees went 73-39 and averaged 5.42 runs per game. With him out, they were just 27-22 and scored 4.86 runs per game. That’s a noticeable difference, and that’s not even considering his defensive abilities.

So, to wrap up, we can say that Judge struggled in some categories, but his abilities as a player are unparalleled. He influences the game in more than just offensive production, as his defense is just as important. He will only continue to progress as a player in the future, especially at just 26 years old. 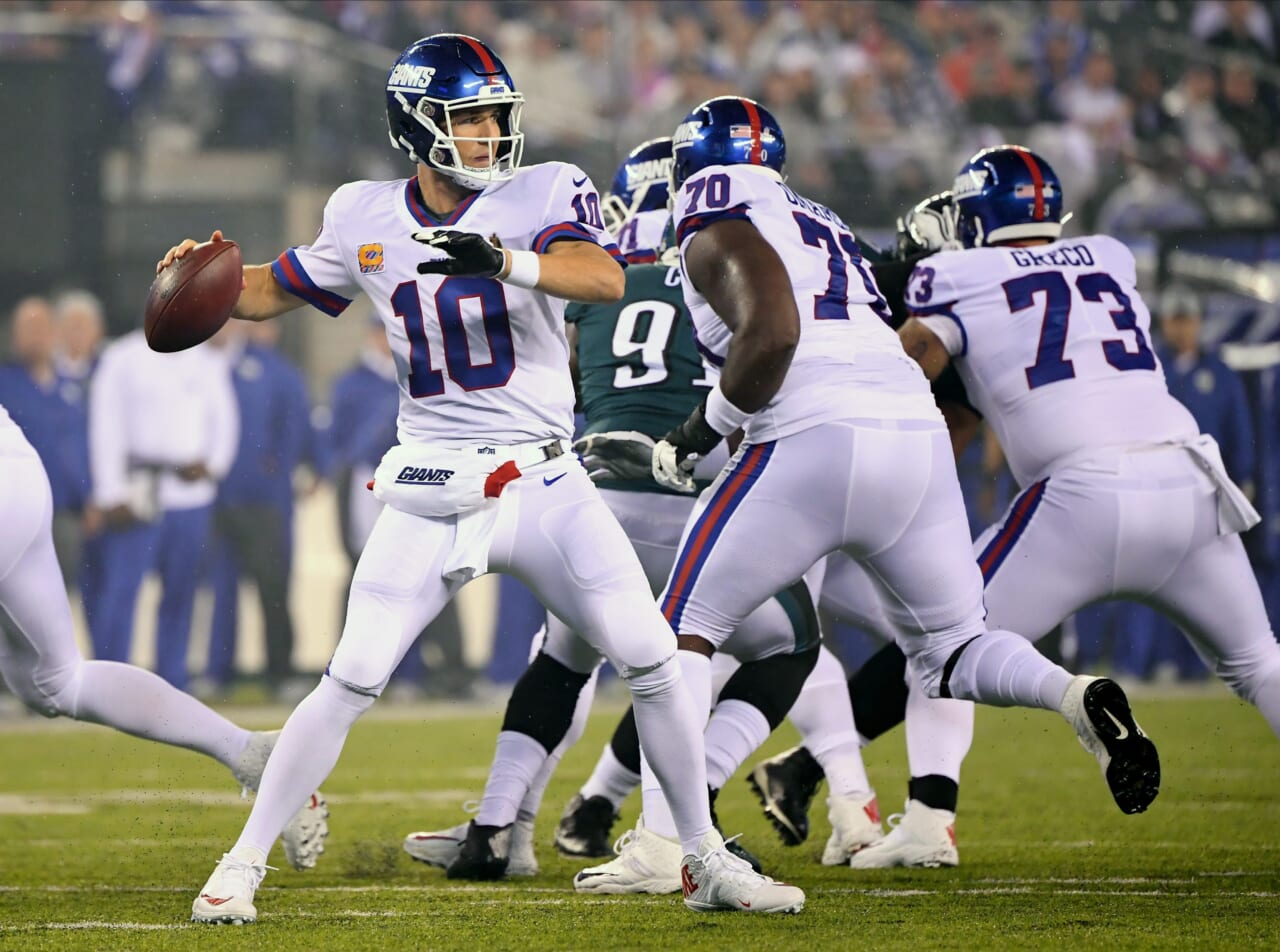 The New York Giants need a change after a troublesome start to their season, currently sitting at 1-5 on the year. Several close games and last second field goals have put Big Blue in a position to miss the playoffs and barely contend in the lowly NFC East.

The devastating loss to the Philadelphia Eagles in week 6 saw a lack of effort, coaching, and much more. The offensive line was beaten badly, especially right guard Patrick Omameh, who faced off against one of the league’s best defensive lineman in Fletcher Cox.

How are the Giants changing up their offensive front against the Falcons?

Ahead of Monday night’s matchup against the Falcons, the Giants will be making some essential changes to the line. Omameh will likely be pulled out of the starting lineup and Spencer Pulley will be inserted.

.@Giants not only repeat the same mistakes every week they also lack a sound plan. They are easily the most frustrating team in the @Nfl to study every week. Will the breakdowns ever end? #BaldysBreakdowns pic.twitter.com/uTyUyushUM

This breakdown from Brian Baldinger only scrapes the surface of how poorly the Giants have performed on the offensive line this season, and a lot of the issues comes at the center and right guard position. I would prefer to see Pulley fill in at center, where he started in all 16 games for the Chargers last season, while Greco is moved to right guard.

A ton of the issues on the line have come from a lack of communication and missed assignments. Greco has chosen the wrong player to block on several occasions, for example, he decided to help Will Hernandez on a double team instead of Omameh against Cox, the Eagles’ best interior d-lineman.

The hopes will that Pulley, a natural center, will have a better understanding of his role and assignments throughout the game. The end goal is to give Eli Manning even a fraction of a second more time to allow his receivers to complete their routes. Head coach Pat Shurmur’s offense is very reliant on timing. 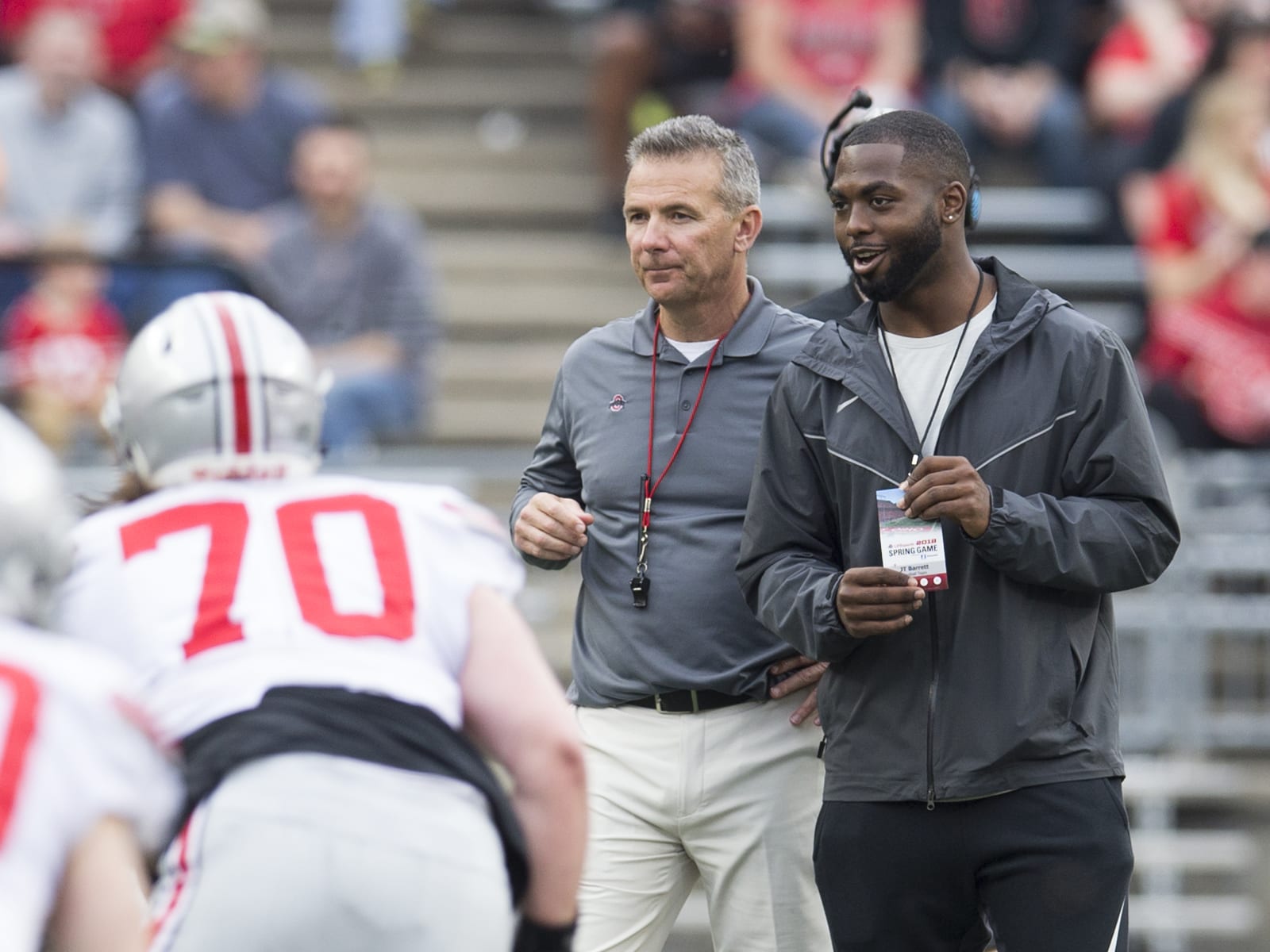 Michigan and Ohio State are rivals on two completely different paths. It’s strange to hear, because of Michigan’s lack of success as a national contender in recent years, but the Wolverines are the ones that are in the driver’s seat for the Big Ten and the College Football Playoffs. Meanwhile, the Buckeyes let their earlier mistakes catch up to them, and were dealt their first conference loss. Michigan, on the other hand, has none.

At the beginning of the season, Michigan lost to Notre Dame and many wrote them off. It seemed understandable. Not a lot of people predicted Notre Dame to be this good at this point in the season, and Michigan is in one of the toughest division’s in the country. But since then, they haven’t lost a game, and their wins include every conference game that they’ve played so far.

Ohio State started off much stronger, but their out of conference schedule wasn’t anything special and they would have more adversity when they faced Penn State. The higher ranked Buckeyes team won but they played a sloppy game where their offense just didn’t execute consistently and their defense allowed big plays. They only did just enough to win, and absolutely nothing extra.

Some thought their problems in that game would be fixed, but yesterday, the Buckeyes lost to Purdue and allowed 49 points to give the Boilermakers their highest scoring game of the season. Ohio State was the second ranked team in the nation, while Purdue was unranked and only had a record of 3-3. In other words, the loss was the type that kills morale and, more importantly, looks bad to the Playoff committee.

Devin Bush was ruining the Michigan State logo at midfield before the game. https://t.co/dx7GqdwplX

Michigan’s fate on Saturday was the opposite. They played their local rivals from Michigan State, and didn’t falter despite a bad recent history against this team and despite an altercation before the start of the game raising the intensity level a bit. They only put up 21 points, but their defense proved their credentials by shutting down quarterback Brian Lewerke.

Going into The Game, everyone thought just a few weeks ago that OSU would be the favorite. Now, it’s impossible to see things that way. Their offense just doesn’t do enough against top teams, and the running game is showing that it isn’t as advertised despite better performances against weaker teams.

Ohio State had a number of times during the Purdue game where they weren’t far from the end zone but couldn’t come away with scores. That’s not going to do when they face Michigan at the end of their season. And after their first conference loss, they’ll need the Michigan win if they want to stay in contention for the playoffs.

It turns out Ohio State couldn’t make adjustments quickly enough after their poor showing against Penn State. And now, just like that, they’ve lost their position at the top that they spent all season building up. A strong Michigan team means that they have no cushion or room for a loss here… Because of this result, the road to Indianapolis is going to run through Ann Arbor, and Ohio State can’t blame anyone but themselves.