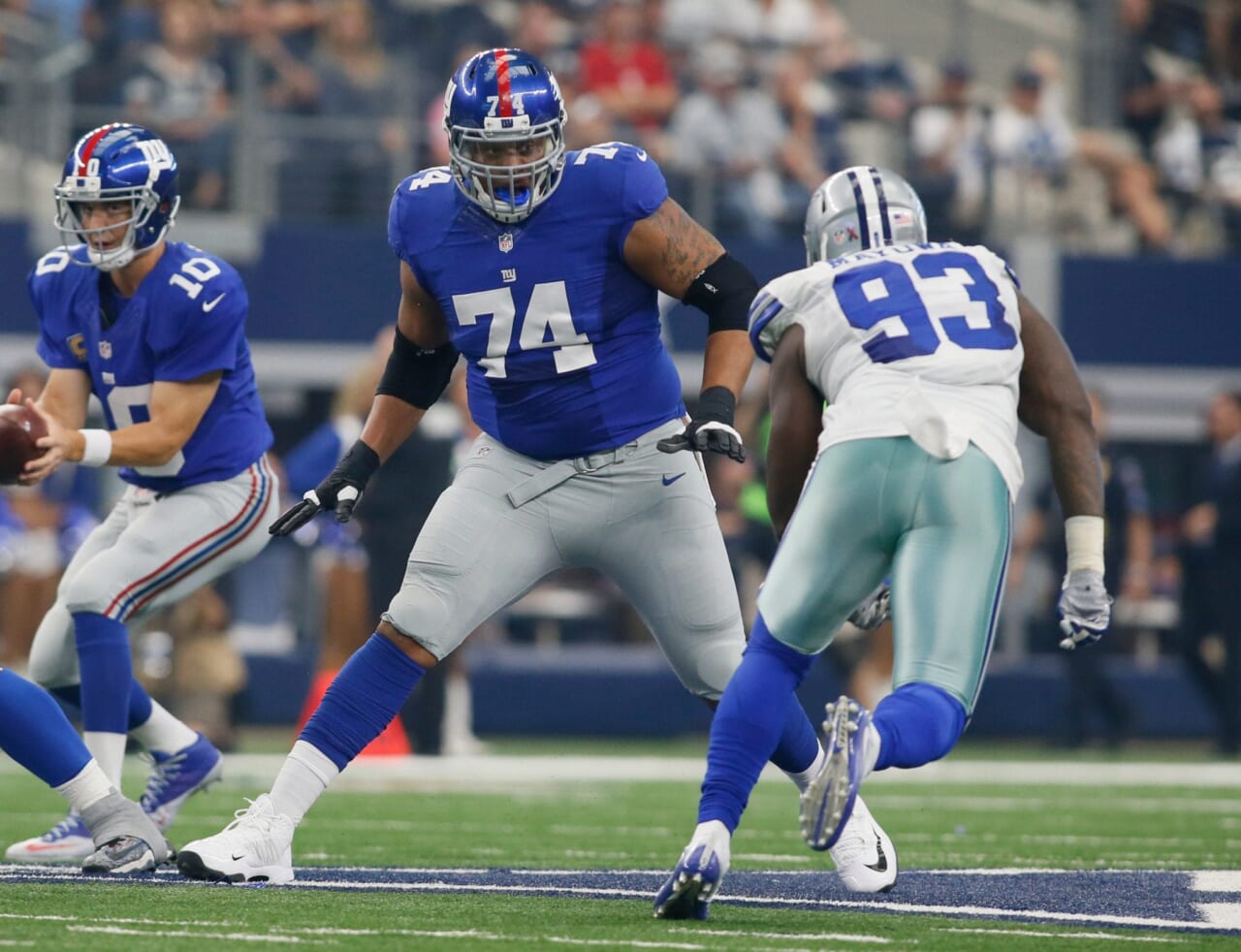 As the trade deadline approaches on Tuesday at 4PM, the New York Giants have a few important situations to deal with, one being the release of OT Ereck Flowers. The Giants’ former 2015 first-round pick was officially named a “bust” back in 2017, when his last chance at hope was squandered. His performances were blatantly lackluster and his attitude was just as bad.

In the season finale, Flowers and former right tackle Bobby Hart made it known that they were not in favor of playing. Both were benched and publicly humiliated, and to make matter worse, Flowers was given another chance at right tackle in 2018. That experiment didn’t last very long, as Chad Wheeler took over at RT and improved the line to a significant degree.

Now, the Giants are trying to extract some sort of value from Flowers:

ESPN’s Adam Schefter made it known that Flowers is to be released if the Giants can’t find a suitor for him by 4PM on Tuesday.

Of course, it will be incredibly difficult to find a team that will want him given his value as a starting tackle, but, it’s possible they make a deal given the fact that Hart is currently the Bengals’ starting right tackle. While Flowers isn’t starting quality by any means, he can play a reserve role in case of injury, and maybe a fresh start will be good for him, especially with a team that has a quarterback that can escape the pocket. 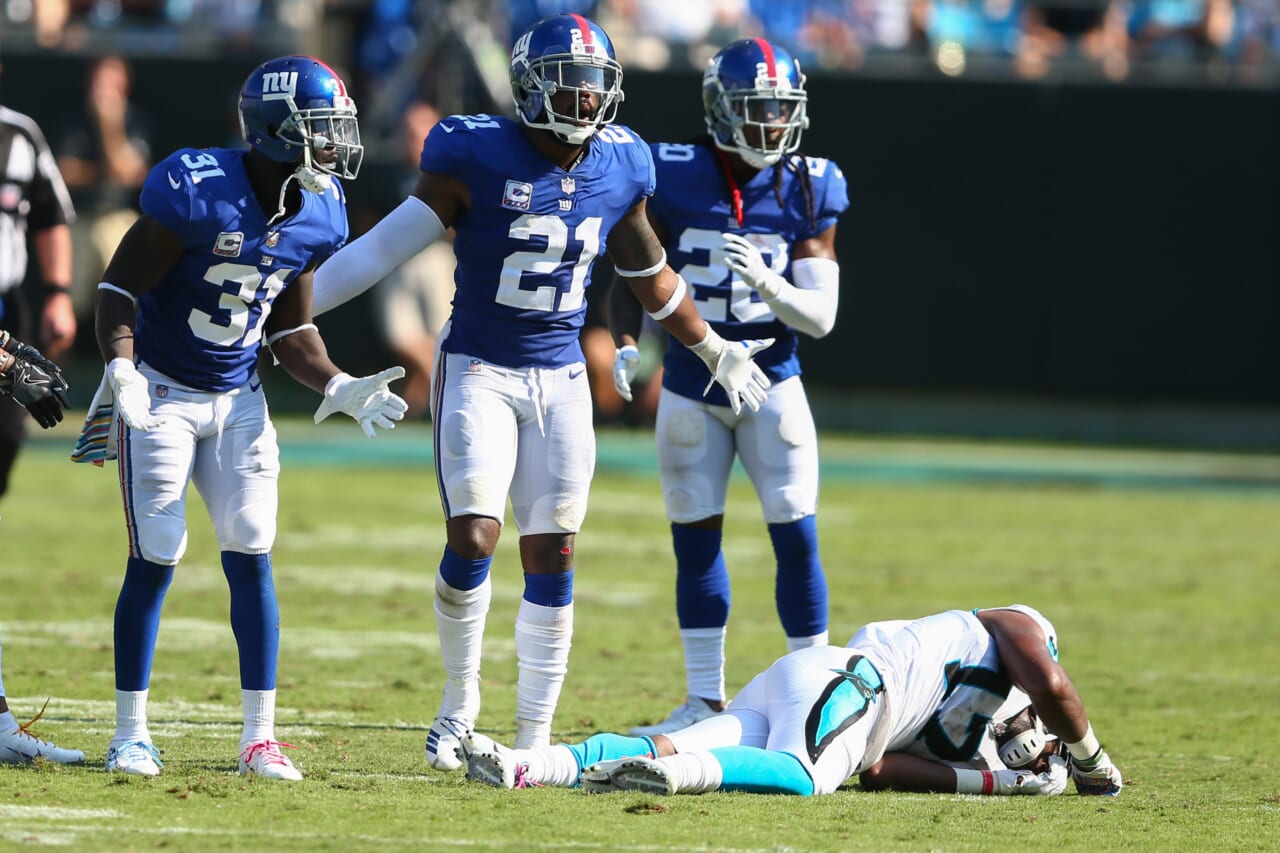 At first glance, the ball didn’t seem to cross the first-down line after Christian McCaffrey ran the ball on third-and-1 in an attempt to give his kicker a chance to beat the New York Giants on a long field goal. The Panthers’ running back charged ahead as outside linebacker Alec Ogletree grabbed him and pulled him backwards, but there was no measurement of the ball on the games most important play.

In fact, Cam Newton rushed to the line of scrimmage and spiked the ball on what seemed to be 4th-and-1, but the officials had indicated a first down with no measurement or review of the spot. In other words, it seemed as if they just game them the benefit of the doubt without a second thought.

Among the #Giantsâ€™ complaints about officiating yesterday was lack of replay review on the spot that gave #Panthers a first down before their winning FG. Iâ€™m told New York actually did review the play â€” without stopping the game â€” and determined it would not have been overturned.

The above comment is what the league’s representative stated in regard to the mismanaged play, completely avoiding the severity of the moment and the lack of professionalism to review the spot. Even just that extra minute of nerves could have forced Panthers kicker Graham Gano to miss the 63-yard field goal he booted through to win the game.

Apparently, New York can suddenly review plays in less than five seconds, which is about how long it took for Newton to collect the ball and spike it.

How is this a First Down?? HOW IS THIS A FREAKING FIRST DOWN. GIANTS NATION. WE HAVE BEEN ROBBED BY THE HORRENDOUS @NFL REFS OF OUR 2ND RIGHTFUL WIN OF THE SEASON.

This makes me sick to my stomach how could the NFL allow something like this? HOW ON THIS EARTH????????? pic.twitter.com/qGJxUQME3G

This is the play for those who need a second look.

The worst part about this is that it wasn’t the only mishap from the officials during the game. A personal foul for head-to-head conduct was called on Landon Collins, who was diving for a ball and even tipped the pass before colliding with the targeted receiver. It was completely unintentional and fair, but of course, the officials called it against the Giants, who were clearly disliked.

The call on Collins forced a first-down and allowed the Panthers to score, which put the Giants at a disadvantage.

What were some positives from the New York Giants’ loss?

Odell Beckham finally got his first touchdown! On a throw from Eli Manning that split two defenders in the end zone, Beckham secured his first touchdown catch of the season, putting the Giants within striking difference in the second-half. The game for the Giants’ top wide-out was inspiring, as he amassed 131 receiving yards and threw a 57 yard touchdown pass to Saquon Barkley in the first half of the game.

On the defensive side of the ball, Alec Ogletree had another solid game, earning six total tackles. Cornerback Eli Apple also had a decent game with five tackles. Overall, the defense struggled, but they had several turnovers in the redzone that turned the game on its heels.

The Giants must continue to create turnovers and get pressure on the quarterback, as they only sacked Newton once on Sunday. The return of OLB Olivier Vernon should be very influential. 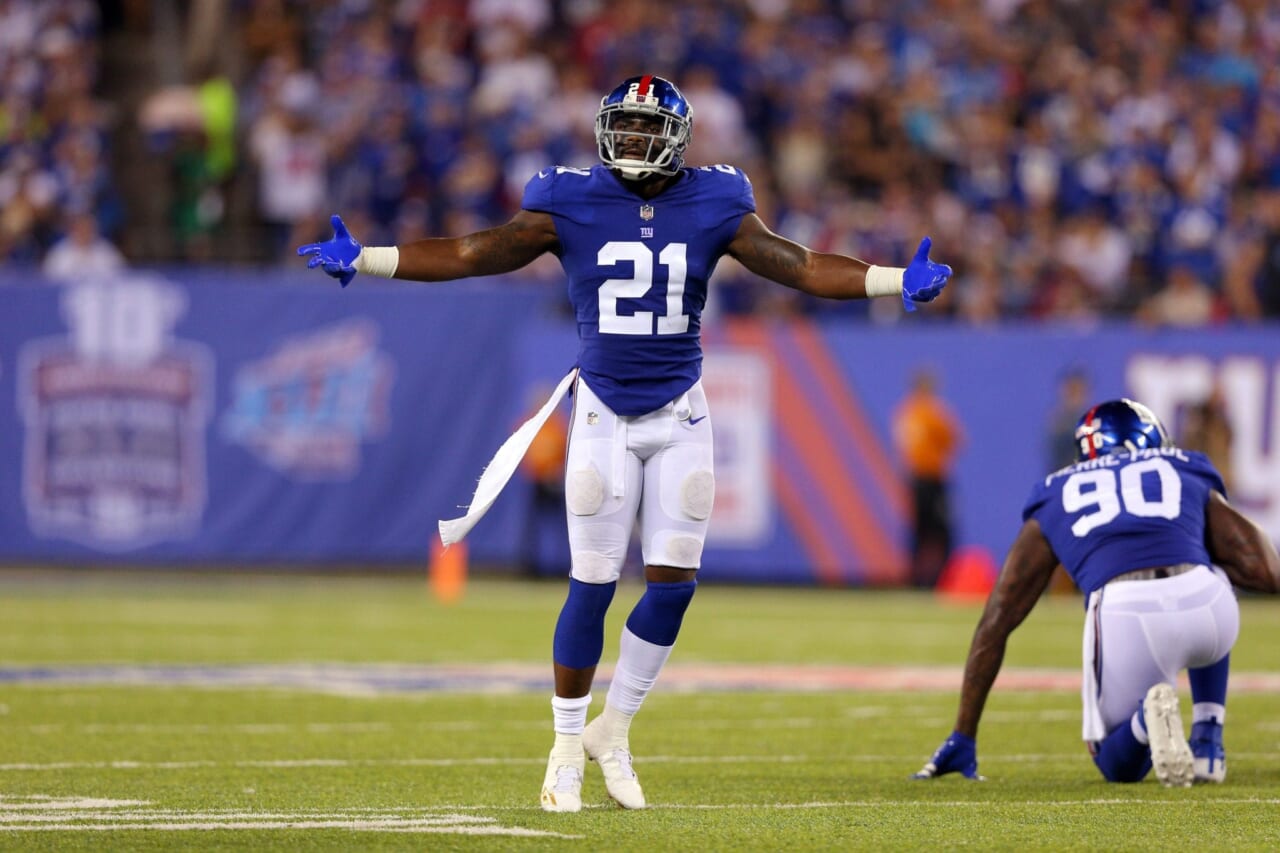 The New York Giants fell to 1-4 yesterday, but this time, it’s not because of a lackadaisical offense. The offense showed up and produced the highest points total of the season, putting 31 on the board and setting the bar high for the Carolina Panthers to beat. Unfortunately, that Panthers team was up to the challenge and it was the Giants defense that needed to step up.

Six of the Panthers’ scores came from field goals, including the one that won the game at the very end, while the others were passing touchdowns from Cam Newton. Usually, holding the opponent to a field goal instead of a touchdown is viewed as success. But if one less field goal had been scored, the Giants would have won this game. It was a game where the defense couldn’t afford to give up five field goals, setting the Panthers up to kick one more and walk off with a win.

Of course, one could blame the refereeing for the multiple controversial calls in this game. But let’s be real. If the Giants had picked up one more stop in this game, the officiating wouldn’t have mattered. If some of the blame here is on the officials, an even larger percentage of it should be directed at the players who put themselves in a position where the game could be decided by bad calls.

What has been said about the heartbreaking loss?

“I don’t regret anything that I said. If it took that for us to come together as a team like we did today, I can take that every single time. I spoke to the team just to kind of relay the message that sometimes stuff comes off the wrong way,” said wide receiver Odell Beckham Jr., who was in the news in the buildup to the game for his criticism of teammates. It doesn’t, however, seem like those remarks had a negative impact.

“Grit, whatever the words you want to use for that, we had it, and we came up short, but I’m proud of this team, and this is the team that we are going to be for the rest of the season. Like I said, if it took that to get us going, I can take that. I’m trying to be a leader, I’m in a position I’ve never been in, I’m trying to grow, I’m learning on the way, on the fly, but I’m proud of where we went,” continued Beckham, who had his first touchdown of the season yesterday.

But the defense is less happy about how things turned out. “It wasnâ€™t a first down. It just feels like youâ€™re playing against two people out there, two teams,” said safety Landon Collins, when talking about Christian McCaffrey’s late game first down conversion. Collins also had something to say about his fourth quarter penalty for making contact with a defenseless player. “I went for the ball, my eyes are on the ball. From that point on I donâ€™t know what kind of call that was. Thatâ€™s how they say saw it. That call was bad. Itâ€™s a bad call.”

His sentiments aren’t that different from the ones held by the Giants fanbase, following a loss that brings the team record down to 1-4. “I donâ€™t want to hear nothing the official got to say. I know the rules.”