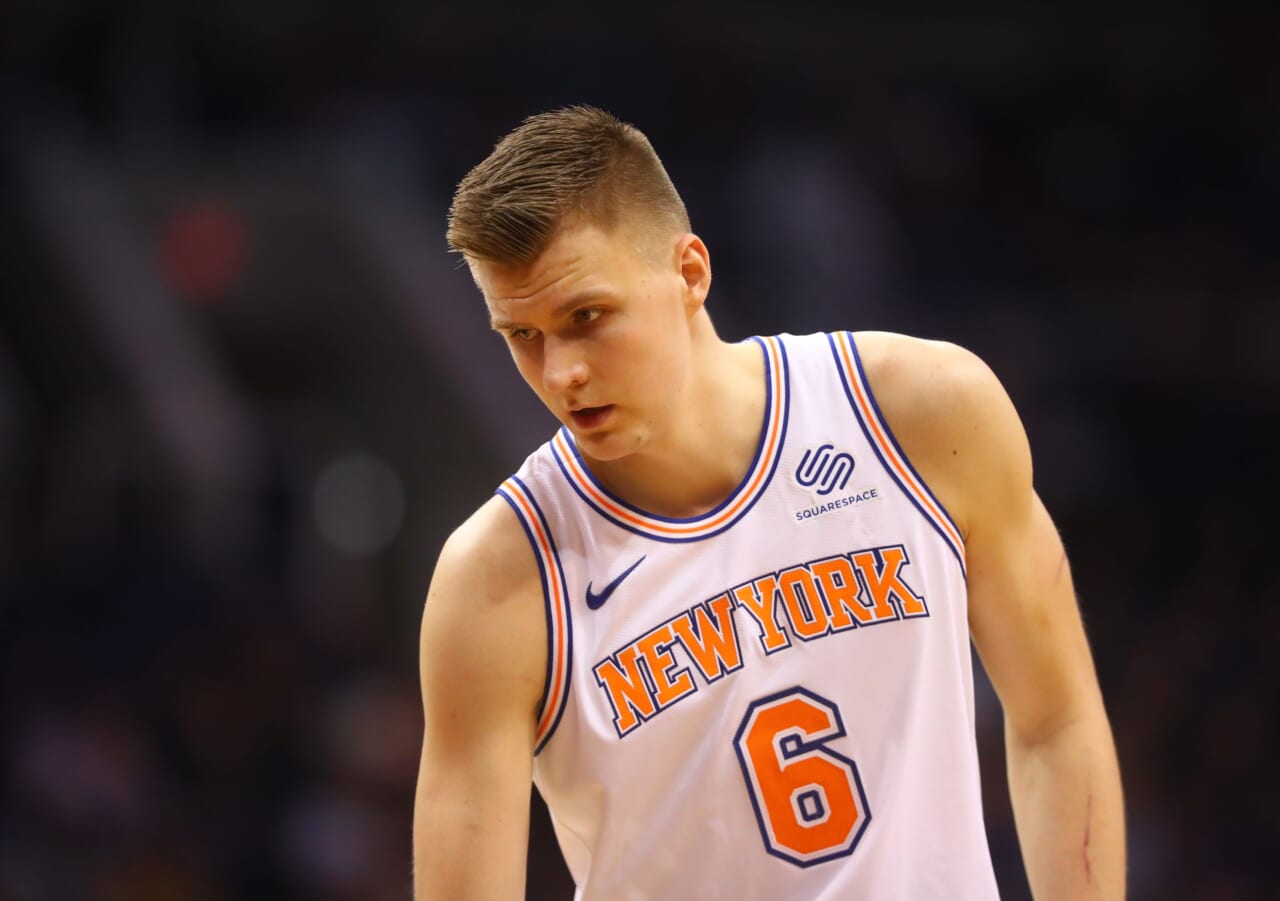 The return of New York Knicksâ€™ Kristaps Porzingis will be the fuel and fire the team needs to begin taking the developmental steps towards success. The primary question is: Does Kristaps want to stay in the Big Apple while the youngsters on the team gain experience and learn their roles as an NBA players?

The general idea is that Porzingis will play a veteran role, despite only going into his sophomore season, and help teach leadership and quality traits to players like Kevin Knox and Mitchell Robinson. While the big man continues to develop his own game, thereâ€™s no doubt he will impart his knowledge and skill on the rookies.

How far along is Porzingis in regard to his return for the Knicks?

The Knicksâ€™ cornerstone power forward is still rehabbing his torn ACL and will likely miss a big chunk of the upcoming season. Getting him back to his previous form will take time, and coach Davis Fizdale should give all the time he needs to get back to 100%. In fact, him being off the court will give the rookies more time to improve and gain confidence for the return of the unicorn.

The Knicks have always been the type of franchise to sign star players in hopes they would change the narrative of the ailing club. This method has failed over and over again, but with a new youth agenda and exciting young prospects in Knox and Robinson, the organization seems to be on the up-and-up.

Kristaps will only help in their hunt for a championship. The biggest concern will be health and depth. The Knicks needs to establish a solid roster beyond just their starters, as injuries are a given in modern day sports. Luckily, they are breading the next generation of stars right in front of our eyes, and their youth should be able to side-step serious injuries for the time being. 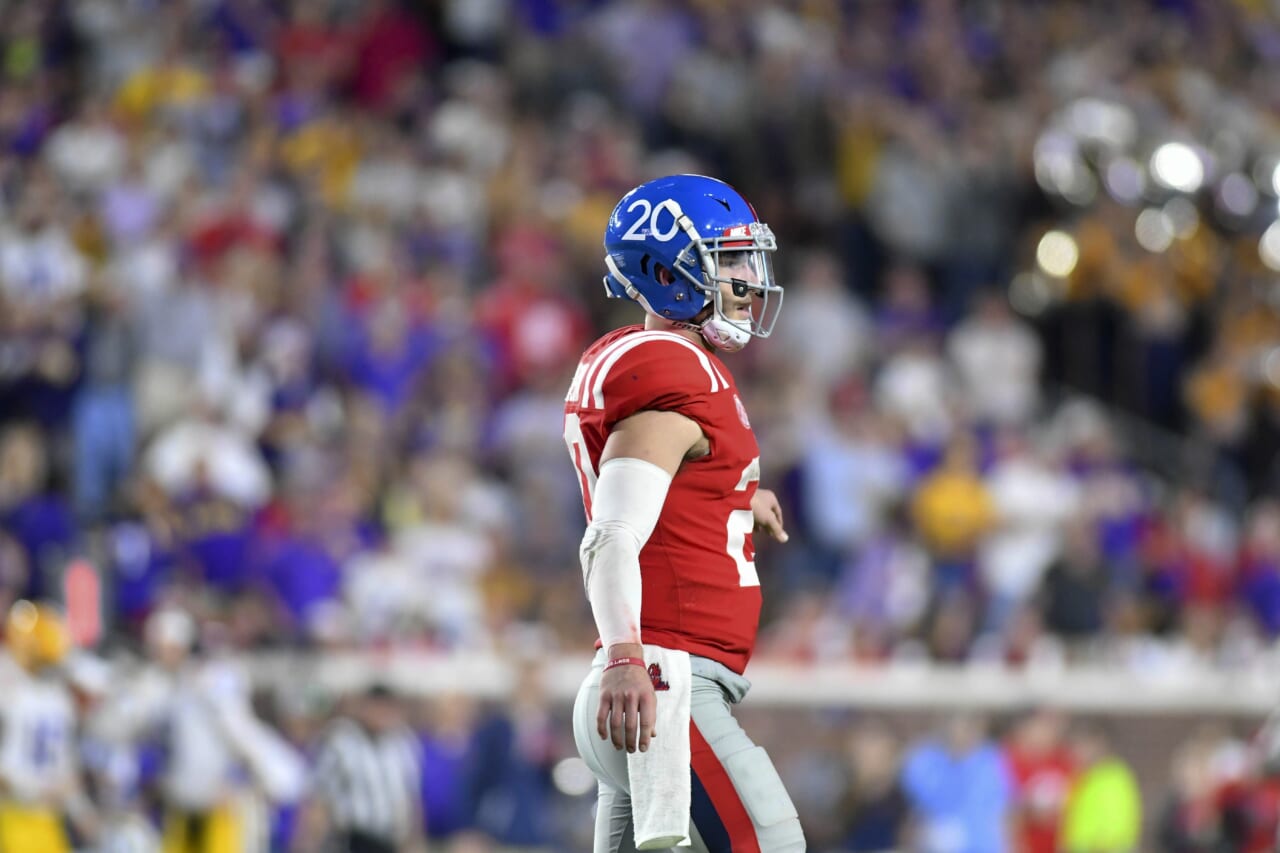 Michigan could compete for the conference if they had a real quarterback. That statement was believed by a lot of people in the past couple of years, ranging from Michigan detractors to the disappointed fans of the Wolverines. It was a statement that made sense, too.

While Michigan invested in a big time addition at head coach, they couldn’t change the fact that John O’Korn and Wilton Speight were their quarterbacks. Even 2015’s quarterback, Jake Rudock, wasn’t the kind of player that you expect to win the conference with. But now, the situation is different for Michigan.

The Role of Shea Patterson:

Entering the scene this season is Ole Miss transfer Shea Patterson, who will be eligible to play and is the favorite to take the starting job. It’s not that the other quarterbacks on Michigan’s roster are terrible. Brandon Peters is believed to be somewhat promising, after attempting 108 passes last season and completing 52% of them, throwing four touchdowns and two interceptions in the process.

But Patterson is already tested in the SEC, and looked good for an Ole Miss team that was trending downwards last year because of off the field reasons. Patterson isn’t just a good quarterback because of not blowing games, either. He’s the type who can take the game into his own hands by creating a big moment using his arm and legs.

Patterson has been compared to Johnny Manziel for his elusiveness, but Patterson has a better arm than Manziel and a very slight height advantage. Even in the game where Ole Miss was destroyed 66-3 by Alabama, Patterson had some of their brighter moments and was able to avoid getting sacked before fitting the ball into tight areas and getting surprising completions.

Against some of the better teams in the conference, Patterson might need to work on his discipline a bit. Teams like Ohio State and Penn State aren’t very forgiving when it comes to bad decisions in the passing game. Against the middling teams, however, it looks like Patterson should put up huge numbers with his mix of elusive pocket presence and arm strength that allows him to connect with his receivers deep down the field.

His best games versus power five opponents last season were against California, Auburn, and Vanderbilt. He threw three interceptions while only getting two touchdowns against the Golden Bears, but his performances against the other two teams featured no turnovers. Patterson threw for a combined 697 yards and six touchdowns against Auburn and Vandy, and also had a rushing touchdown in the latter game.

So what does this mean for Michigan? It means that while the other quarterbacks aren’t complete pushovers, Patterson brings something that they just don’t have. His versatility makes him a better weapon than Brandon Peters, and Patterson is more tested than any of the quarterbacks on Michigan’s roster.

He’s the clear cut starter. The big question for Michigan fans isn’t who will start, but whether or not Patterson will adapt to the different offense quickly enough to lead the Wolverines out of the extremely tough Big Ten East and into their first conference championship game appearance under coach Jim Harbaugh. 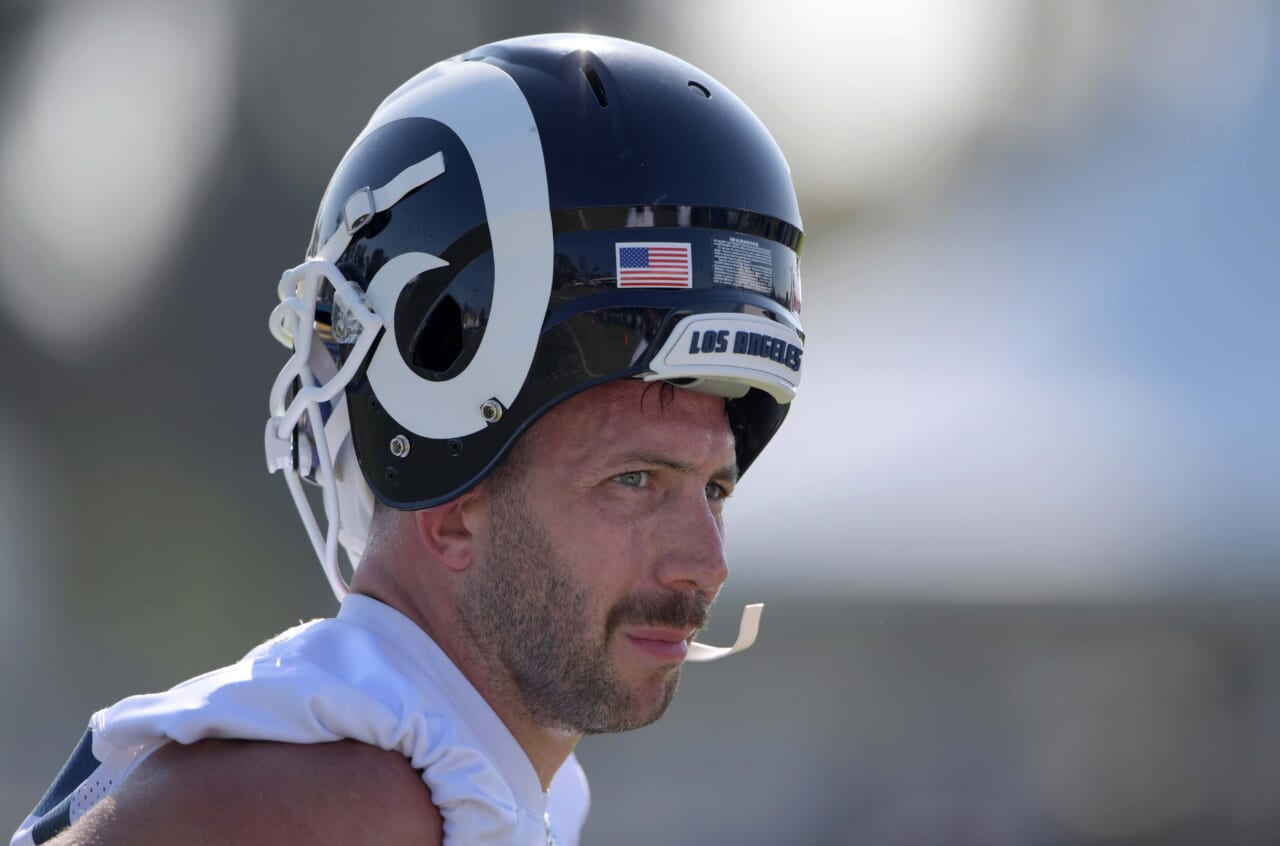 Despite drafting and signing several players to bolster the linebacker corps, the New York Giants still seemed thin as they enter training camp. This makes the signing of former Philadelphia Eagle Connor Barwin, that much more exciting.

The outside linebacker will earn a max $5 million over two-years. With the Los Angeles Rams in 2017, Barwin recorded 34 tackles and five sacks in 14 games (13 started). Seeing the veteran start that many games is extremely encouring for a Giants team in search of leadership and experience on the defensive side of the ball.

Making the transition to the 3-4 defense was an essential movement that will hopefully pay dividends for a team that ranked 26th in stopping run and in the bottom five in the league in overall defense (last season).

What does Barwin bring to the New York Giants:

As stated above, Barwin brings immense experience to a locker room featuring Olivier Vernon whoâ€™s moving to OLB, a rookie in Lorenzo Carter, and young players such as Avery Moss and Romeo Okwara.

Barwin is only four-years removed from a 14.5 sacks season, but will turn 32 during the 2018 season. His physical abilities might be degrading, but he was signed to impart his knowledge of success and veteran presence in the locker room. He will offer a stellar depth option and will likely earn a solid amount of playing time early on in the coming season.