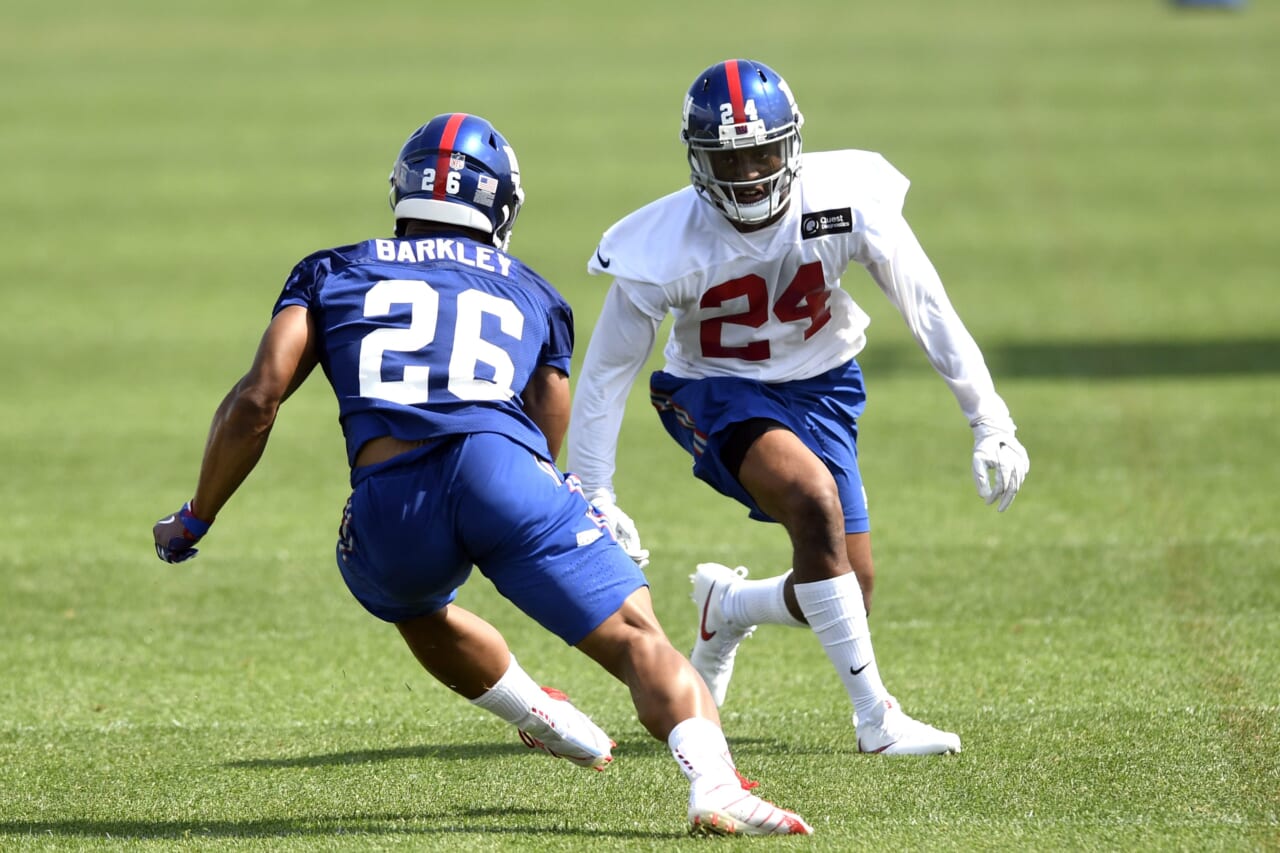 Adding one player usually doesn’t make all the difference in the world, but for the New York Giants, running back Saquon Barkley does just that. The Penn State phenom brings a sense of professionalism and premium talent to a Giants team that has lacked a true work-horse running back since Tiki Barber.

In 2017, Big Blue finished the season with 96.8 rushing yards per-game, good for 26th in the league. That sees them into the bottom 10 teams in terms of rushing production, but that number is about to change drastically.

While a running back makes all the difference on any given offense, the primary factor in a successful running game is the offensive line. The Giants added left tackle Nate Solder, guard Patrick Omameh, and drafted aggressive lineman Will Hernandez in the second-round of the NFL draft. While it’s too early to tell if the line will provide an upgrade over the 2017 group, it’s expected to be the case. Adding a serviceable left tackle in replacement of Ereck Flowers is significant, and knowing Eli Manning will sleep better at night is a positive for every Giants fan.

How much better will the running game be in 2018?

Even if the offensive line proves to be average next season, we can make the educated guess that the running game for the Giants will jump at least 10 spots – that would land them at 16th instead of 26th.

Let’s put this into perspective – If the Patriots can finish the season with the 10th best running game with 1,889 rushing yards, the Giants can surely surpass that ranking. The Patriots’ top running backs were Mike Gillislee, James White, and Dion Lewis. Saquon Barkley is better than all of those options and has all of their skills combined and more. The Patriot’s offensive line developed as the year progressed and ended up being solid by the end of the regular season. This was primarily due to Solder’s form, and guess what, he’s a New York Giant now.

Solder gave up three sacks in the first three games of the season, but after his slow start, he only gave up one in the following 16 games (including playoffs). He has the ability to be a top-tier left tackle. The Giants allocating $15 million per-season is only proof of that statement. In addition to his quality, Solder only missed games due to injury in 2015, proving that his durability is a strength – something the Giants are craving after years of injury struggles.

While it’s impossible to prove a massive jump in rankings, we can assume there will be an improvement, possibly a big one. 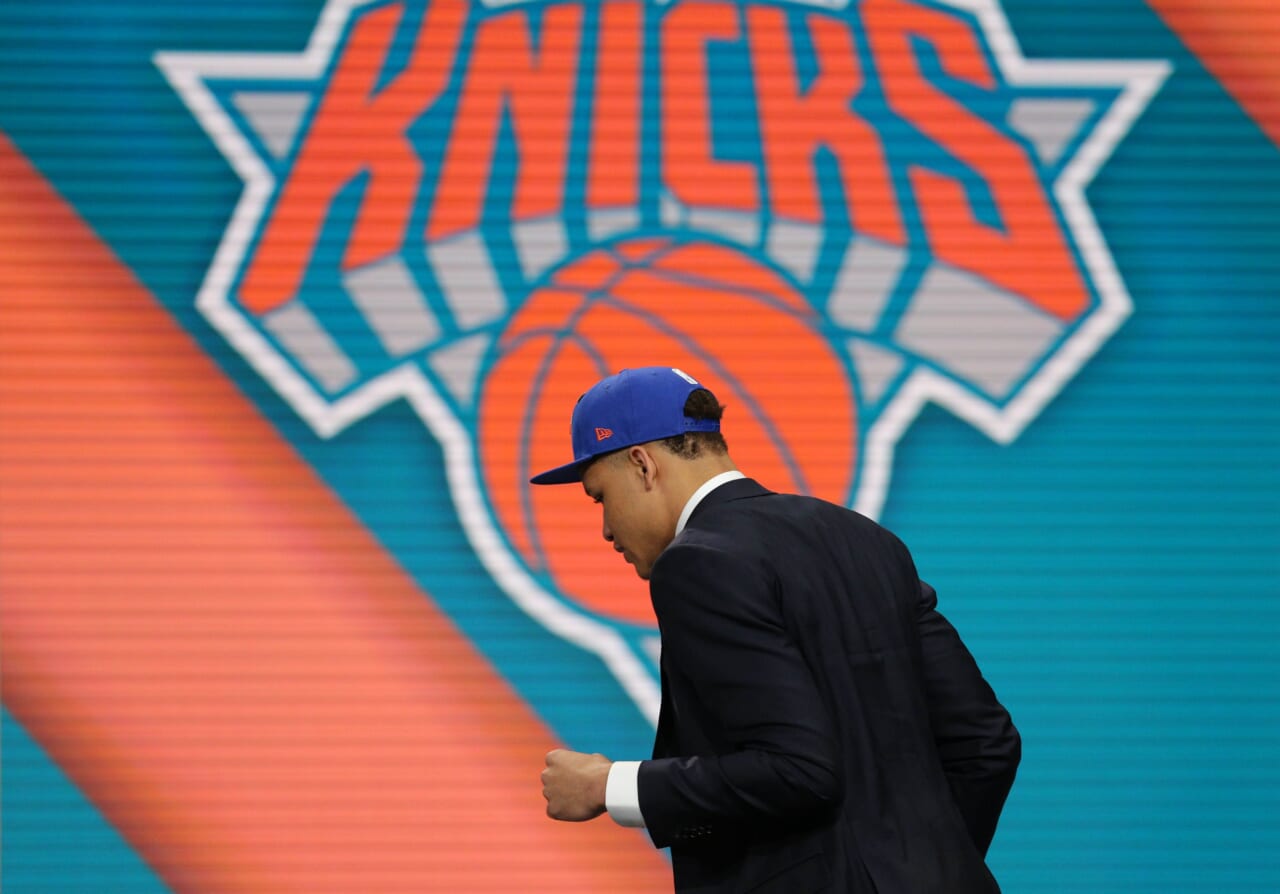 The New York Knicks are young. Â When was the last time fans uttered those words? Â Iâ€™m not quiet sure, but it is certainly something different. The Knicks drafted 18-year-old Kevin Knox out of Kentucky and the fans in attendance were not pleased. Boos and chants of â€œMichael Porter Jr.â€ rained down as Kevin Knox walked across the stage to shake the hand of commissioner Adam Silver. Â The new regime in the front office have decided to take on a younger approach when it comes to trying to rebuild the Knicks. Â Fans should be rejoicing and not booing.

Why Knox was a great pick:

Kevin Knox was a good pick for the Knicks. Why? Â Because heâ€™s young. The Knicks need to do something different. Â All of those â€˜quick fixesâ€™ and hoping that a big name free agent comes to New York is not in the cards for us, at least not this season. Something different needs to start happening. The only good thing Phil Jackson did was drafting young players in Kristaps Porzingis and Frank Ntilikina. Thankfully, it has continued under the watch of new General Manager Scott Perry with drafting Knox.

There is nothing wrong with going with a younger player these days, that is what the NBA is, young talent. The Knicks finally realized their wrong doing in the past and decided to change their approach. New York has taken a page out of the Golden State Warriors playbook and begun to build their team through the draft. Pairing 18-year-old Knox with 19-year-old Ntilikina and a 22-year-old Porzingis is a major step in the right direction. Yes, Porzingis is coming off a ACL injury, but weâ€™ll see him again. The pairing of Knox and Porzingis is what fans should be excited for in the future.

Will Porzingis be able to return to 100%?

We all know what Porzingis is capable of. Â It will be a little different with him coming out of that knee injury and seeing if he can return to his former superstar self. Â With todayâ€™s rehabilitation programs, I think he will be something similar to what we have seen in the past. Anyway, even with Porzingis out, youth development is what Knicks fans should be looking forward to. The injury requires a minimum of six months to return back to physical activity. There are rumors that he could miss up to the All-Star break or beyond. We could even make the argument that Kristaps is better off missing the entire season to allow Knox to develop and to avoid any further injuries to the Knicks’ star player.

With Porzingis out, this is the time for Knox and Ntilikina to show their potential. Â Someone is going to have to step up and show that they can fill that void that we lost when Porzingis went down. Knox is going to get his chance under new head coach David Fizdale. Â Fizdale hasn’t ruled out Knox starting as a rookie and truthfully, why not. If the Knicks front office was so thrown away by his ability during workouts then toss him into the fire. Trust me, it canâ€™t get any worse.

Letting Knox get ample amount of time as a rookie will only better himself for the future. Does he need work in areas? Â Yes, mainly defensive rebounding. But, what rookie doesnâ€™t need improve in certain areas. The Knicks are going to need a player that can step in a fill in for Porizingis until he is able to return to action. Knox has the size, wingspan, and offensive capabilities to be that player. Â Iâ€™d rather start them young and let them learn from there mistakes so they can grow and develop into a better player. Â If he is given that chance, then with Porzingis returns, the team of Porzingis and Knox could be a dynamic duo in the back-court.

Knox already has a chip on his shoulder. To be honest, being booed was blessing, even though no 18-year-old should be booed when drafted to an NBA team. Knox even said that him and Porzingis have bonded over both being booed when drafted. That is something that all Knicks should want to hear, the young rookie and our superstar have already bonded. Knox is now going to come to the team with that edge and desire to show the fans of New York that he was the right pick. Â He is going to want to be that player that we pair with Porzingis to make the future bright for our New York Knicks. 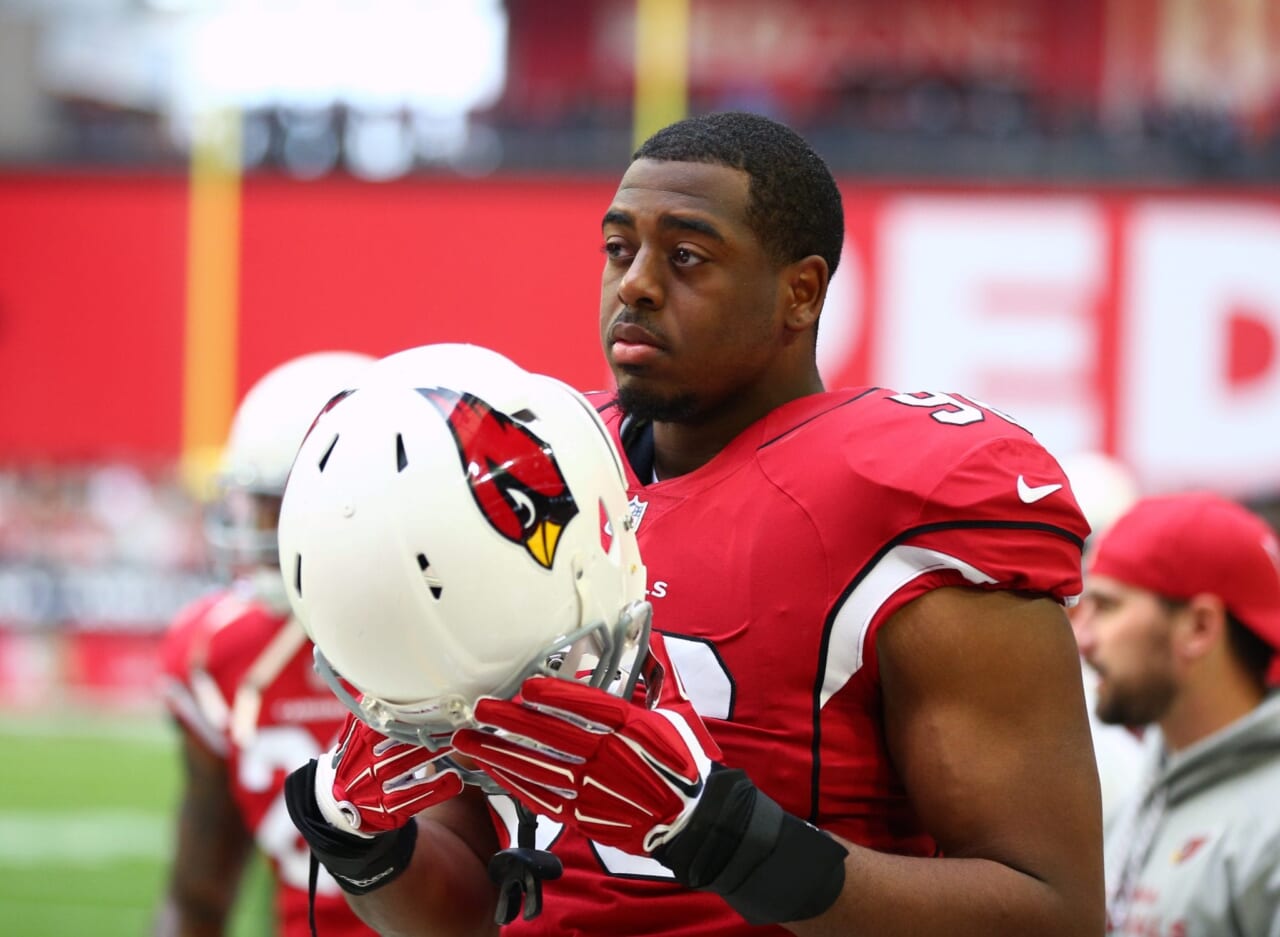 Making the transition from a 4-3 to a 3-4 defense is about the same as changing your head coach mid-season. Everything is tossed up in the air and the process of building chemistry with the scheme and players is completely scrapped. For the New York Giants, they experienced both.

After Ben McAdoo was fired and Steve Spagnuolo was made interim head coach, the hunt began in regard to the overhaul of the coaching staff and front office. The Giants brought on GM Dave Gettleman and HC Pat Shurmur, who gave former Arizona defensive coordinator James Bettcher an opportunity in one of the league’s biggest market-places.

If Bettcher manages to succeed, it’s expected that he will be offered a head coaching position in 2019, but for now, he’s bringing over a completely new system and scheme to his new club. With Bettcher comes the 3-4 defense, a linebacker heavy defense that relies on making an initial push up front so that the linebackers can exploit gaps and put pressure on the opposing quarterback.

Now, one of the biggest issues with this transition is the process of helping the players learn their positioning and developing a new tool-box. The easiest and most efficient method of approaching this issue is adding players that are familiar with the system – the Giants did just that.

They brought on Josh Mauro and Kareem Martin from the Cardinals, where Bettcher was previously the DC. This provided the Giants with some existing knowledge and a way to help the players transition more smoothly.

At 6-foot-6, 272-pounds, Martin brings a huge body to the outside linebacker position, which is a specific position designed for the 3-4 defense. Martin will help the existing players – Olivier Vernon, Avery Moss, and Romeo Okwara, develop a new skill-set that allows them to succeed as linebackers rather than defensive ends.

â€œItâ€™s been really helpful, especially in the transition. Coming from the West Coast to East, it can be really tough. Especially trading teams, not really knowing anyone. But having Coach Betch here and having this defense, it takes a lot of pressure off myself, to having to learn people and learning a defense. So, I think itâ€™s been really helpful for myself and I think itâ€™ll be beneficial for the defense, me being a guy that they can lean on when they have questions about the defense or any of the schemes, Iâ€™m comfortable with answering any questions.â€

Of course, changing coasts is a significant move for any player, and for Martin, it happened to be a blessing since Bettcher was making the move as well. His support system will remain in place and he will be joining a team that has made significant developmental strides from a roster standpoint.

What should we expect to see?

The 3-4 defense is fundamentally structured to rely on attacking the line of scrimmage and keeping the quarterback on his heels. Unpredictability will be the primary factor to look out for this season, as the Giants have several top-tier linebackers and star safety Landon Collins to shoot the gap and expose offensive line faults.

â€œTraining camp will definitely be fun because the guys in this defense will be able to go full speed and see that oh wow this will really open up, but right now you can go in the gap but you canâ€™t engage.â€

With training camp coming up in a few weeks, the defense will finally be able to witness the scheme in live-action. They have been working on the positioning and technical aspects of it, but really going through the motions and actively participating in it will be the essential point to help them fully understand the system.

While Martin has only garnered 51 tackles, 4.5 sacks and one interception in four seasons, he will have the opportunity to reach his potential with the Giants. Despite his totals, his primary purpose was to being a familiarity with the system in which Bettcher trusts.