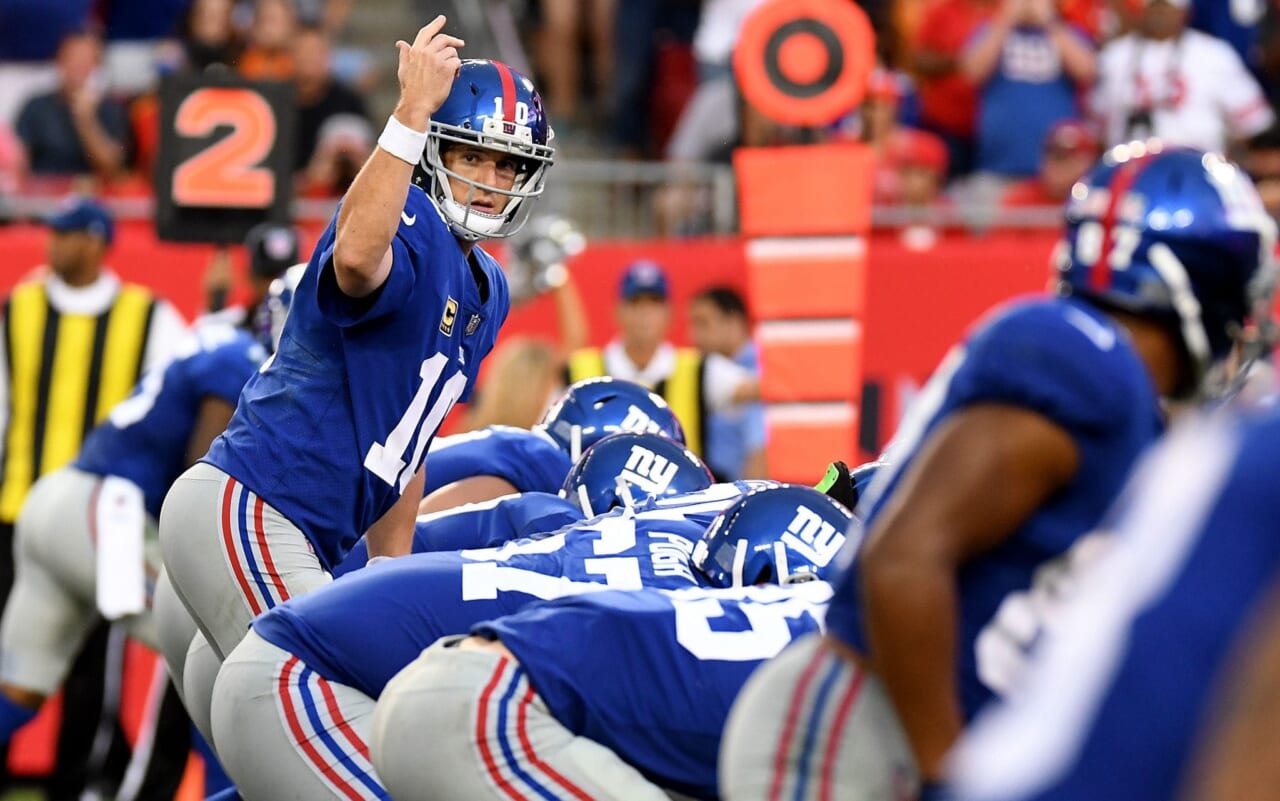 The NFL schedule has been out for a while now, and now that the NFL Draft is over, we can start predicting games. The New York Giants don’t have the easiest schedule this year, but with the team adding a lot of talent, it’s almost certain that they’ll put on better performances than they did in 2017.

Let’s take a look at the first three games of the coming season, and how the Giants stack up against their opponents:

Don’t sleep on the Jacksonville Jaguars. They made the AFC Championship for a reason, even if they aren’t one of the teams you would typically expect to see there. The Jags have a deep defense that includes First Team All-Pro defensive end Calais Campbell, as well as Pro Bowlers Yannick Ngakoue, and Malik Jackson. All three of those players are defensive lineman.

MUST READ NEWS: Expectations for Dalvin Tomlinson in 2018

The Jaguars also have All-Pro cornerback Jalen Ramsey, and Pro Bowl linebacker Tevin Smith. They aren’t a good matchup for the Giants, and the Campbell versus Nate Solder matchup will be crucial. But even if Solder plays well, which the Giants should expect after giving him such a large contract, the others on the offensive line need to do their jobs as well. This will be the first regular season game for the new look offensive line, and they likely won’t play to their full potential.

Blake Bortles isn’t a popular quarterback, but he does enough to get the job done. It looks like the Jags defense will put on a performance that allows him to do just enough to steal the win for Jacksonville.

The first road game of the season comes in the second week, against a familiar rival. There will be a lot of pressure because it’s a Sunday night game, outside of the fact that it’s a rivalry matchup. The Cowboys did move forward slightly in the draft this year, after picking up Leighton Vander Esch to help with their linebacker play, and they may also have help on the offensive line depending on how Connor Williams pans out in training camp and the preseason.

The Giants, however, took a larger step forward than the Cowboys. The Cowboys top corner is Orlando Scandrick, and the receiver versus defensive back matchups should be favorable for Odell Beckham Jr. and Sterling Shepard. They have some more help this year, too. The Cowboys had one of the better defenses last year in rushing and passing, but this time when they play the Giants, they’ll have to deal with the Giants receiving threats as well as Saquon Barkley.

The Cowboys offense shouldn’t be too much for the Giants to handle, either, as they were only 26th in total offensive yardage last season, and failed to make significant additions to their offense in the offseason. Dallas has faith in Dak Prescott, but Prescott isn’t the worst matchup for the Giants.

The second AFC South opponent in three weeks is Houston, and they match up interestingly with the Giants because we still don’t know how good or bad their quarterback is. Deshaun Watson was injured last season and we didn’t get to see if his level of play would continue, but that will be a crucial factor when the Giants head to Houston. If Watson is playing well and connecting with DeAndre Hopkins and Will Fuller, the Giants corner problems will come to light quickly.

It’s also not easy to score on the Houston defense when J.J. Watt is healthy, and Jadaveon Clowney gets better with every year and hasn’t peaked yet. Still, Houston isn’t necessarily the deepest team outside of their big names. It’s hard to call this one, but if the offensive line reverts back to its old ways, it’s not going to be a good looking performance. 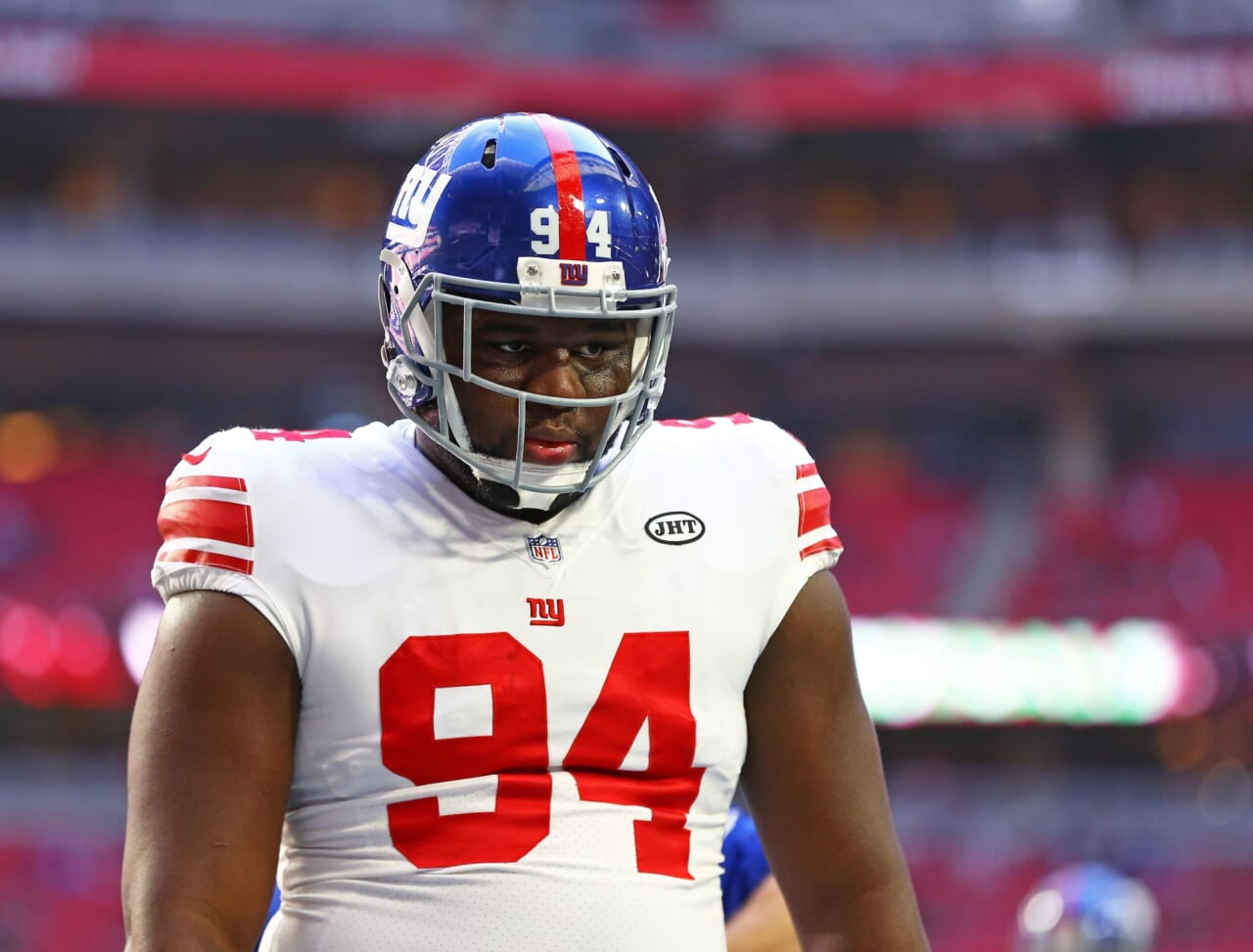 Lined up alongside one of the NFL’s most notorious run stoppers in the league, Damon Harrison, is a much younger and smaller defensive tackle for the New York Giants. Sophomore defensive tackle Dalvin Tomlinson is that man, and after a stellar rookie season he will be looking to take his game to the next level in 2018.

While Tomlinson looked solid during the unspeakable 2017 season, recording 30 total tackles through 16 games, he still has some flaws that need fixing, and they will likely prove to be strengths in the season ahead.

The Giants chose to hire defensive coordinator James Bettcher from the Arizona Cardinals, who brings a 3-4 defense to New York. This new style may be new to the Giants but is very familiar to Tomlinson, who seems to remember something eerily similar during his time spent at Alabama.

The most often word used in relation to the newly installed defense is… Attack. With three down lineman and a flock of linebackers to aid in stopping the run and pressuring the quarterback, the defense will be centered around putting pressure on the opposing offense at all times. Where Steve Spagnuolo was known to be blitz heavy play-caller, Bettcher will take that to another level. As Giants fans, we should all be excited about the future of the defense.

What did Tomlinson have to say about the change?

â€œIt feels like the old defense Iâ€™m already a part of,â€Â Tomlinson told NJ Advanced Media. â€œWeâ€™re shooting more gaps and itâ€™s more attacking, more going after it rather than waiting and seeing whatâ€™s given to you, I love the scheme. It reminds me of Alabamaâ€™s scheme. You can say you have less responsibilities, but a little more at the same time.â€

If you’re a college football fan, you know Alabama consistently has one of the best defenses year in and year out. Their scheme is all about disrupting the flow of the offense and leaving them confused and paralyzed.

Tomlinson earned the highest overall grade among rookie interior lineman in 2017, according to Pro Football Focus. Being that the sophomore run stopper will now benefit even further with a familiar scheme, we should expect to see him improve exponentially. His developmental process is far from over, and inserting him in a scheme that allows him to flourish is exactly the type of change that’s necessary, especially for a team that ranked 27th in rush yards allowed (120.8 YPG) last season. 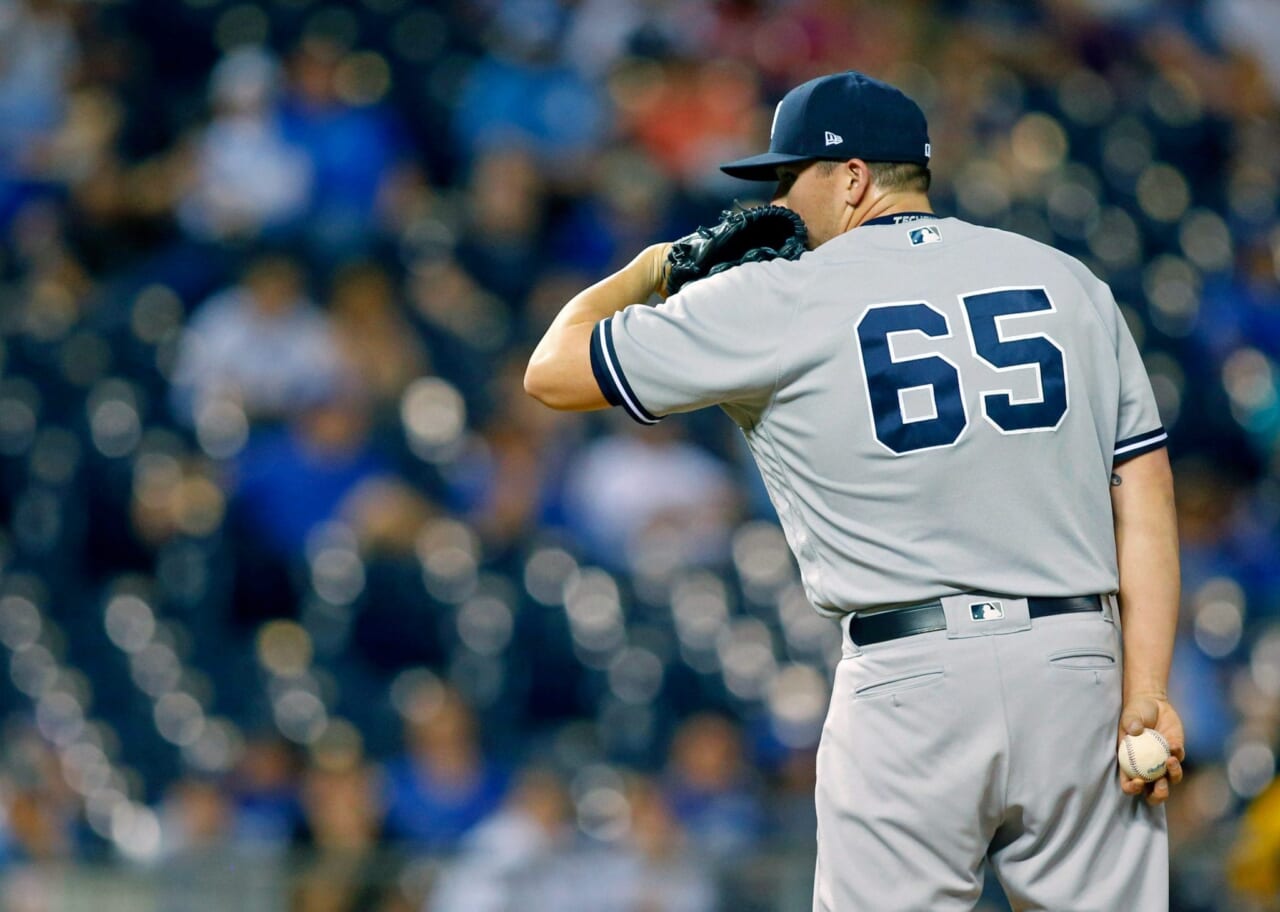 The New York Yankees are undoubtedly one of the best teams in baseball, but their bullpen has lacked serious consistency down the stretch, putting their future in question.

When relief pitcher Jonathan Holder was sent down to the Yankees’ Triple A team after giving up six runs and six hits in 2 1/2 innings, nobody thought he would return with a vengeance. Since being called back up to the majors, Holder has appeared in 13 games, pitching 15 2/3 innings, allowing five hits, no earned runs, striking out 16 and walking two. Hitters are batting a putrid .098 with a .247 OPS.

If that’s not one of the most extravagant turnarounds for a relief pitcher, then I must be blind. Clearly Holder is on a hot-streak, and while it won’t last forever, maybe he can channel this newfound talent into the longevity of his game.

â€œTrying to command my fastball and play it off the slider,â€™â€™ Holder said before the Yankeesâ€™ game against the OriolesÂ was postponed Thursday night because of rain. â€œI shaped it up better.â€™â€™

Manager Aaron Boone stated in regard to Holder:

â€œHe has been a real factor for us in a lot of different roles, high leverage [spots] where he has gotten big outs,â€™â€™ Boone said. â€œHe comes in pounding that strike zone and pitches with a lot of confidence in all his pitches and it shows.â€™â€™

The Yankees received relief from a struggling bullpen just in time to help close out a three game series against the Houston Astros, in which they won two of three games. They will try to continue their good fortune as they seek another series win against the Baltimore Orioles.

In game one against the Baltimore Orioles on Friday night, the New York Yankees offense was firing on all cylinders in the 4-1 victory.

Every Yankee got a hit, that is with the exception of Giancarlo Stanton, who not only went hitless, but also struck out twice in the game.

Brett Gardner, Aaron Hicks, Austin Romine and Gleyber Torres all had multi-hit games and Aaron Judge provided the big blast over the wall.

Should Yankee fans be concerned with Stantonâ€™s performance at this point in the season? As of June 2, Stanton is sporting a slash line of .248/.323./470 with 11 home runs.

Stanton has been a slow starter in previous seasons, but a third of the way into the season seems no longer to be starting out, but actually underperforming.

On June 2 last season, Stanton had established himself as a .289/.354/.572 hitter with 14 home runs and was just about to take off on his historic home run pace.

While right-hander Andrew Cashner was a god-send to Yankee hitters on Friday night, Stanton continued to struggle mightily with the right-hander. On the season he is hitting .193 against righties as opposed to the .375 he is hitting against lefties.

Dan Martin of the New York Post spoke with Stanton about his struggles this season and when Stanton was asked whether he would be making any adjustments, he stated that with the changes he is already experiencing in a new city, new league, he didnâ€™t expect to be making any big changes at the plate.

Stanton did say however:

â€œIâ€™ve made tweaks and I feel like Iâ€™ve made some progress, but I take some steps forward and then some steps back,â€ Stanton said. â€œThatâ€™s kind of where I am right now. Iâ€™m working on little tweaks here and there.â€

While Stanton, and fans too, are clearly frustrated with his progress this season, especially against righties, such as Cashner, the Yankees winning ways help take the sting out of the disappointment.