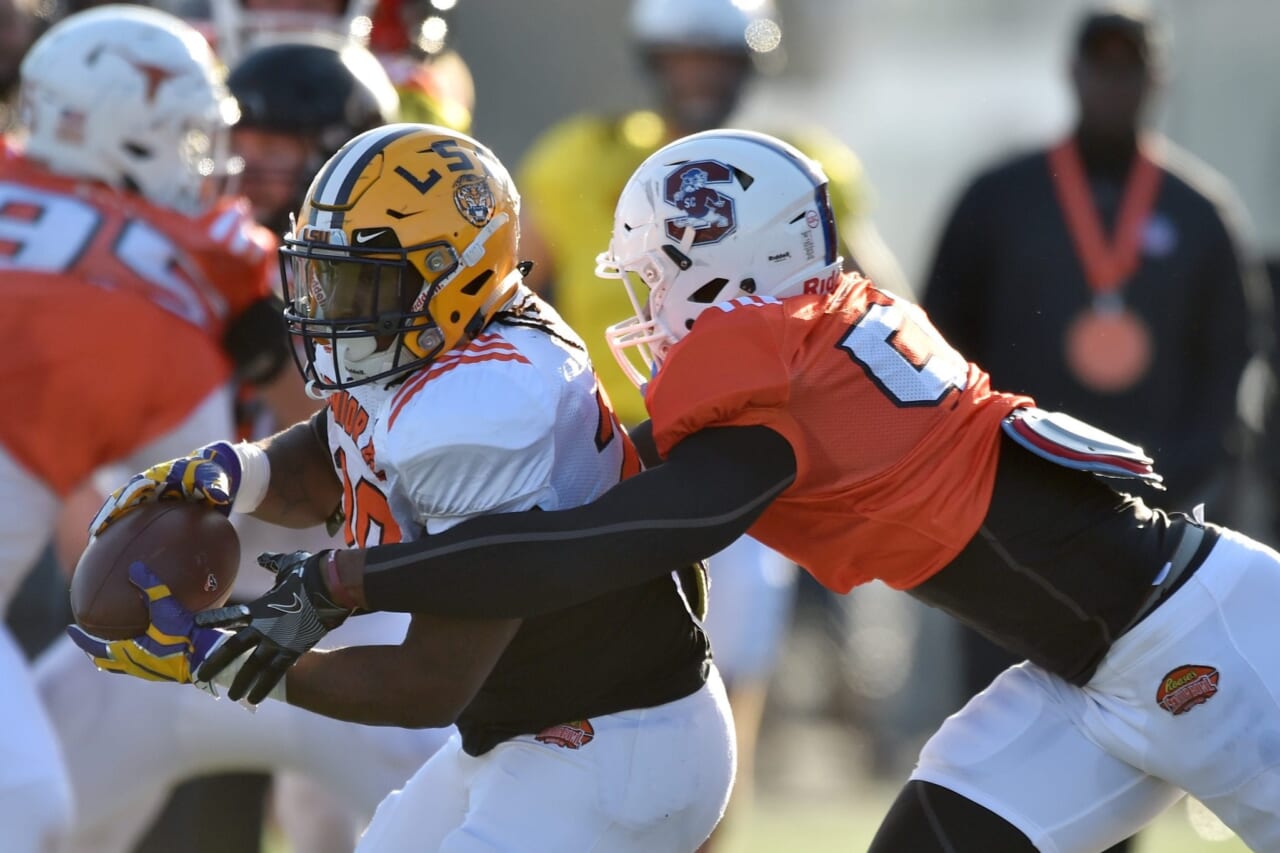 As the New York Giants prepare for free agency and the NFL Draft, one of the most pressing concerns remains at the linebacker position.

Free agency has several decent options to offer (Navarro Bowman and Nigel Bradham), but the most efficient way allocate talent to the position would be through the draft.

There’s one specific player that hold an extremely high up-side along and might even slip to the third-round.

Too quick for blockers here, South Carolina State LB Darius Leonard (#10) blows this play up in a game against Clemson. #NFLDraft pic.twitter.com/Igwr4RBSTX

University of South Carolina’s’ Darius Leonard stands at 6-foot-2 and weighs in at 229-pounds. Leonard is an inside linebacker specialistÂ as his ability to shoot the gapÂ and stop runners in the backfield is apparent. Scouts stated that they were really impressed with the young linebacker last fall, as he was seen running sideline-to-sideline in pursuit of the football.

Last season he amassed 113 total tackles, eight of which were for a loss, eight sacks, one pass defended, two interceptions and one forced fumble. Leonard is fantastic at stopping plays in the backfield, which would complement the Giants’ secondary very well. The South Carolina product is entering the league with NFL size and room to grow.

For the Giants, adding an agile big-bodied linebacker to the middle of the field would only be beneficial, and we can assume they will address the position in the draft. 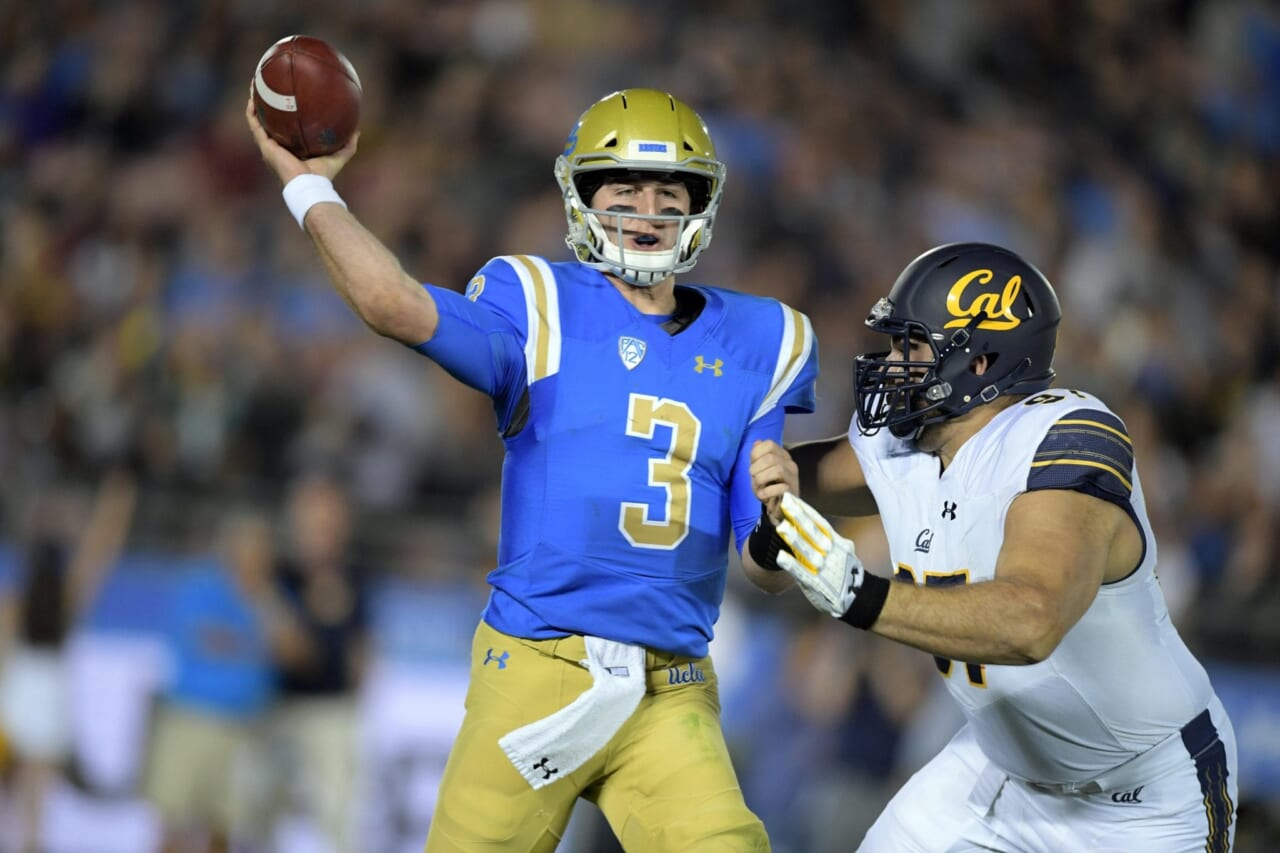 Lately, I’ve seen a lot of worried New York Giants fans expressing their belief that the Cleveland Browns may start off the 2018 NFL Draft with a Saquon Barkley selection.

Taking the star Penn State running back would immediately improve any offense willing to take a shot at the polarizing athlete. But the question here is: How likely are the Browns to take Barkley with the No. 1 overall pick?

The Browns need a quarterback, and they could potential take Barkley at No. 1 and move on to take a QB at No. 4, but how risky would that be? There’s no doubt that a running back holds less value than a top-flight quarterback, so why would the Browns pass up on ensuring they can acquire their first-choice at QB to go RB? It makes no logical sense…

Additionally, people might say, “well, why would the Giants pass on a quarterback if they hold more value than a running back?” Davis Webb, that’s why. I’m a believer that Webb has the necessary skills to succeed with an offense headlined by Odell Beckham Jr., Evan Engram, Sterling Shepard and Saquon Barkley. If you want proof of Webb’s improvements, follow this link.

The fact of the matter here is that Cleveland would be foolish to risk losing out on their quarterback by waiting until the fourth overall pick. Reports have the Browns interested in Rosen and Darnold, who could both be off the board before the Browns reach their second selection.

This puts the Giants in a very good position, as it allows them to game-plan for Barkley, Rosen, Nelson, and/or a potential trade-back. Depending on what the Browns do, New York had a multitude of directions they could go with the pick. 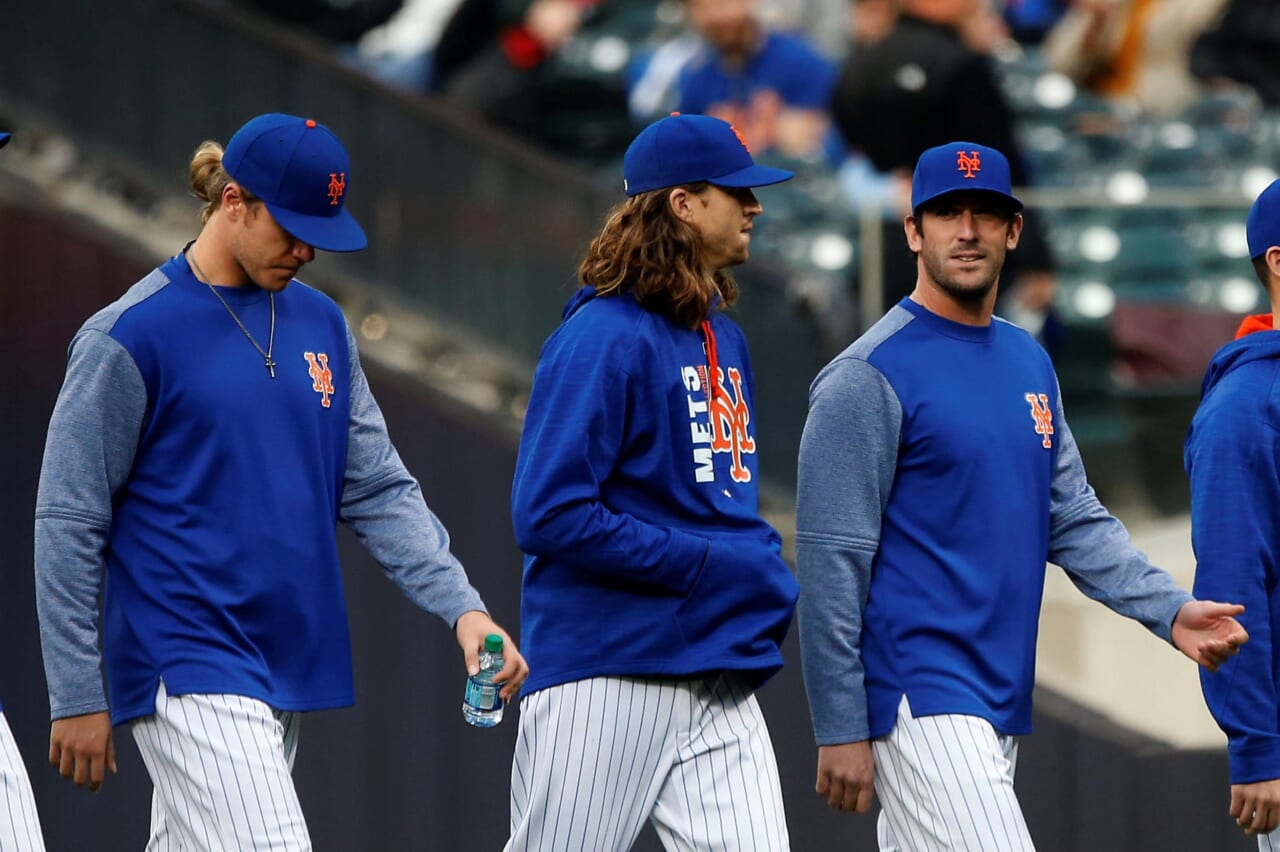 Amed Rosario left Saturdayâ€™s game against the Marlins with right knee irritation. Rosario is very optimistic that he will have a speedy recovery. The Mets have not given any new information regarding the injury.

Jacob deGrom (back) threw a bullpen session today with no issues at all. He will throw live batting practice on Sunday which will hopefully lead to start later in the week. His status for opening day has been questionable but without any setbacks he should be good to go.

Anthony Swarzak (calf) has been sidelined over the last week but looks to resume throwing on Friday. Swarzak is also questionable for opening day but has been able to walk without pain which is an encouraging sign for the team.

Dominic Smith (quad) has been sidelined since the first game of the spring and also is questionable for opening day. Smith might not even be with the Mets come opening day with Adrian Gonzalez likely the opening day starter. Smith did some drills and jogged on Thursday and will likely not be rushed back as the Mets want to make sure their prospect first baseman is healthy.

T.J. Rivera (right elbow) was placed on the 60-day DL about two weeks ago and has a return date of late May/early June. Rivera has been rehabbing from Tommy John Surgery but even for an infielder the recovery process if very long.

David Wright (shoulder) has his entire career in question. He is still fighting to make a return but the team is already moving to a future without him. When healthy he may still have something left but time is running out on the captainâ€™s great career.

Speaking of the future, Michael Conforto (shoulder) took soft toss in the cage on Thursday. It was the first time he has taken soft toss since his unfortunate injury last season. His return will hopefully be in early May but the Mets will give Conforto as much time as he needs.