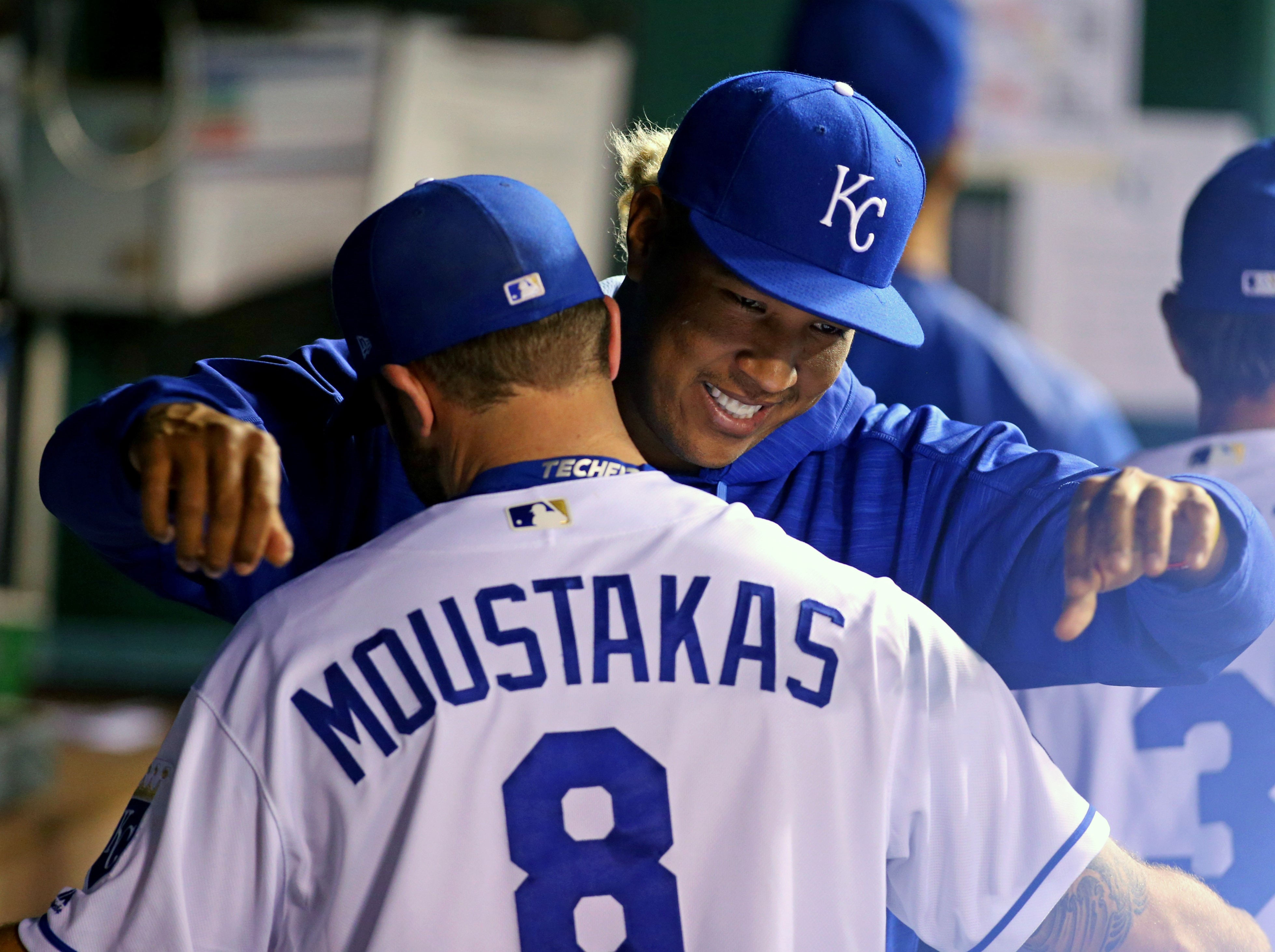 As the calendar quickly flips from January to February, many big free agents are left and one of those is third baseman Mike Moustakas.
The former Kansas City Royal, was originally thought to draw interest from many teams but has fallen victim to the very slow free agent market. Players may not show it, but going into February without an idea of where they are going to play can be extremely stressful. This leads players to accept deals below their original asking price and teams like the Mets are able to steal guys like this off the market.
The Mets have shied away from Moustakas because of his original asking price. Todd Frazier has emerged as the candidate to round out the Mets infield but the Mets can still do better. The signing of Jose Reyes to join third base and middle infield candidates Asdrubal Cabrera, Amed Rosario, Wilmer Flores and maybe David Wright does not show confidence to sign Frazier or confidence in having Frazier replace Wright.
In comparison over their last three seasons, Frazier has the lead in Homer Runs and RBIs but that is where it ends. Including his injury shortened 2016 season, Moustakas has a higher OBP, SLG% and a better batting average. Defensively the two are about the same and they both are above average defenders.
The upside on Moustakas is he is heading into his age-29 season and Frazier is heading into his age-32 season. Fans also rave about Frazierâ€™s leadership but Moustakas is a leader in his own way as well. The 2015 World Series provided a perfect example when yelled profanities at Noah Syndergaard after he started Game 3 with a brush back pitch to Alcides Escobar.
Todd Frazier would not be the worst player the team can sign but the Mets should not have to downgrade in the free agent market if they do not have to. Moustakas would be a terrific fit for a Mets team who needs a healthy and younger third baseman. Unfortunately, every decision depends on the Mets ownership and they usually kill the teamâ€™s chances to bring in a player like Moustakas. 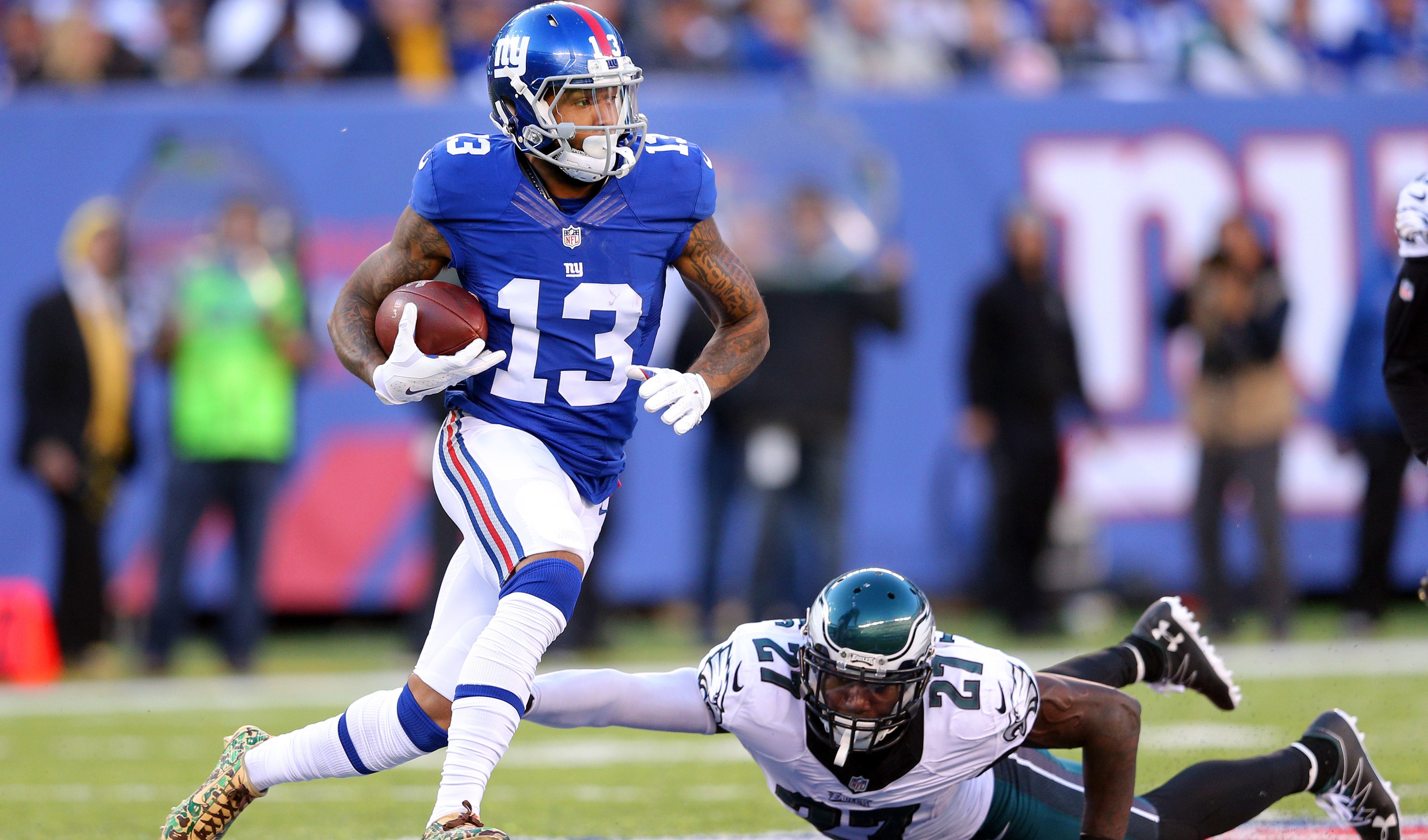 Odell Beckham Jr. will love Pat Shurmur:
The NFL’s assistant coach of the year is preparing his coaching staff and player personnel for the New York Giants, and one player currently in the Super Bowl thinks Odell Beckham Jr. is going to benefit significantly from him.
New head coach for the Giants, Pat Shurmur, has a way with players, and creates bonds with them in a way that brings out their potential on the football field.
The Giants are looking like they could be 2017’s Los Angeles Rams in 2018… Keep up with YOUR team to ensure you don’t miss out on their greatness! Sign up to our FREE newsletter to hear the news FIRST.
Danny Amendola experienced this first hand:
â€œI feel like he relates well to the players,â€ Amendola said via the New York Post. â€œHe has kids himself [Vanderbilt quarterback Kyle Shurmur] that are football players. I remember Coach Shurmur had me over for dinner one afternoon with another couple of our players, and just real personable, family-oriented, and heâ€™s a great guy. And I tell him that every time I see him.â€
It’s hard to imagine Beckham Jr. enjoying dinner with Shurmur and his family, but we can assume that it may be the case sooner rather than later. As a head coach, it’s essential to have good relationships with the players and create a rapport with them to grow respect. For players like OBJ, having a sense of trust and respect is essential, as his passion often boils over into the game. If he trusts his coach and respects him, you can expect that he will listen and respect the image of the organization.
Beckham Jr. has expressed his approval of Shurmur over social media, which should be a good sign moving forward. 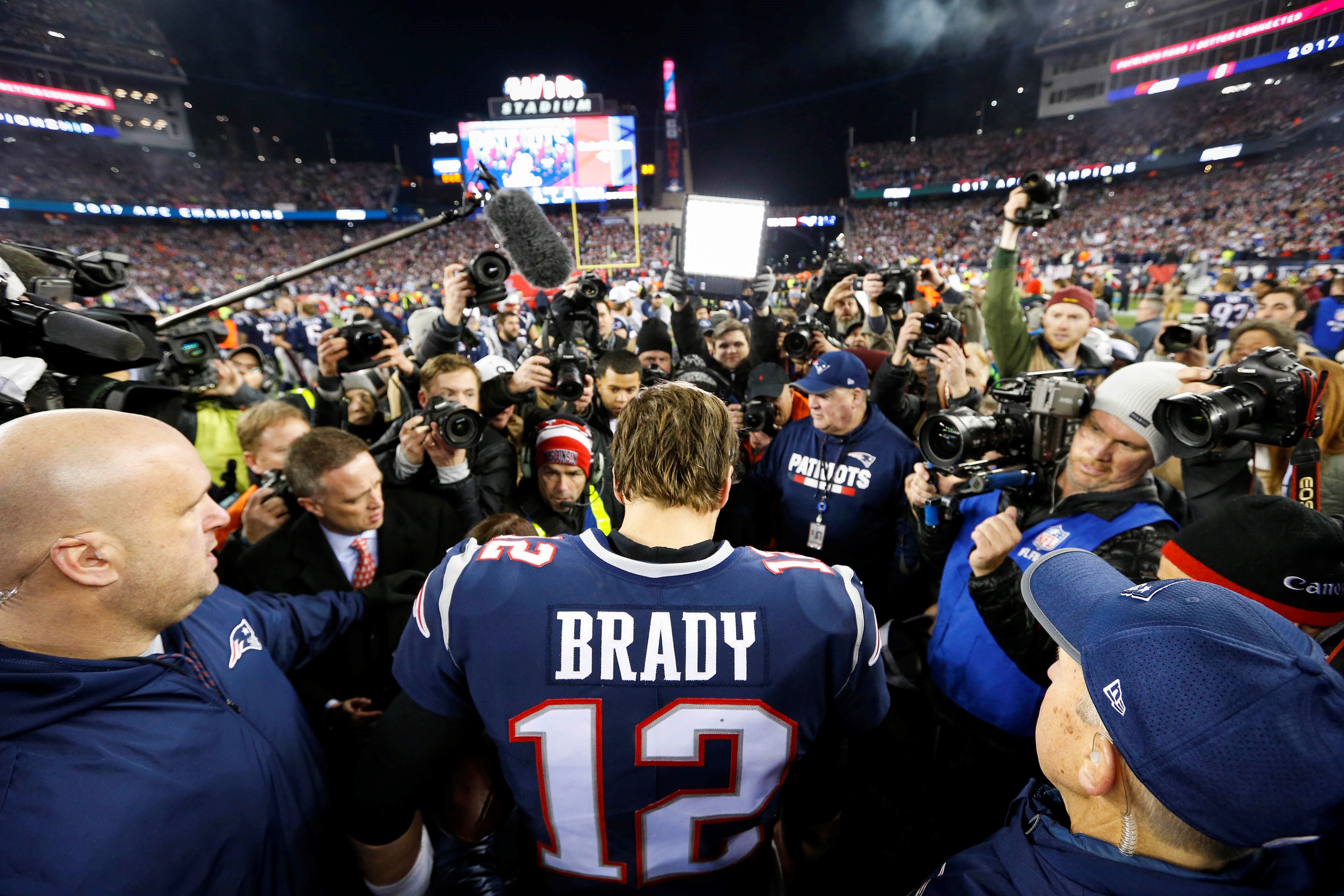 Brady still holding onto bad memories:
As the New England Patriots and Tom Brady prepare to strive for their 6th Super Bowl, the only team standing in their path is the Philadelphia Eagles.
Even if Brady can accomplish yet another win on the biggest stage of football, he will still be haunted by sour memories from years past, and it may make New York Giants fans quite happy.
Tom vs. Time," Brady expresses his regret and pain for losing two Super Bowl’s to the Giants.Winning five Super Bowls is more than any other player can say for themselves, but Brady has the competitive nature of an alien and still hangs onto the games he failed to win. On the Facebook Watch documentary "
The Giants are looking like they could be 2017’s Los Angeles Rams in 2018… Keep up with YOUR team to ensure you don’t miss out on their greatness! Sign up to our FREE newsletter to hear the news FIRST.
â€œOh man, this is painful, just clicking on it, just â€“ the 2007 Super Bowl. This oneâ€™s still painful,â€ Brady stated as he scrolled through his Super Bowl archive. â€œWhen you lose on the biggest stage, and you know everyoneâ€™s watching, and youâ€™ve committed so much of your life to what youâ€™re doing, youâ€™re becoming a failure in front of everybody else, itâ€™s a talent show that you did when you were a kid and you were the failure.â€
Super Bowl XLII stung the most for Brady, as he remembers one specific play that still haunts him to this day. It was a third-and-20 with 19 seconds remaining in the game when he sent a hail-mary down the field to Randy Moss. As Moss went up to secure the pass, Giants’ cornerback Corey Webster leaped to make what Brady said was "the freakin’ play of his life."
â€œAnd that was all she wrote. . . [expletive]. Iâ€™ll never let go of those losses. That scar tissue is too deep, itâ€™s too thick," Brady said.
Putting a dent in Brady’s rather perfect career is a big win for the Giants and their fans, even if we’ve held onto it for far too long… But then again, when you have something over Brady, you use it as ammunition for as long as possible!